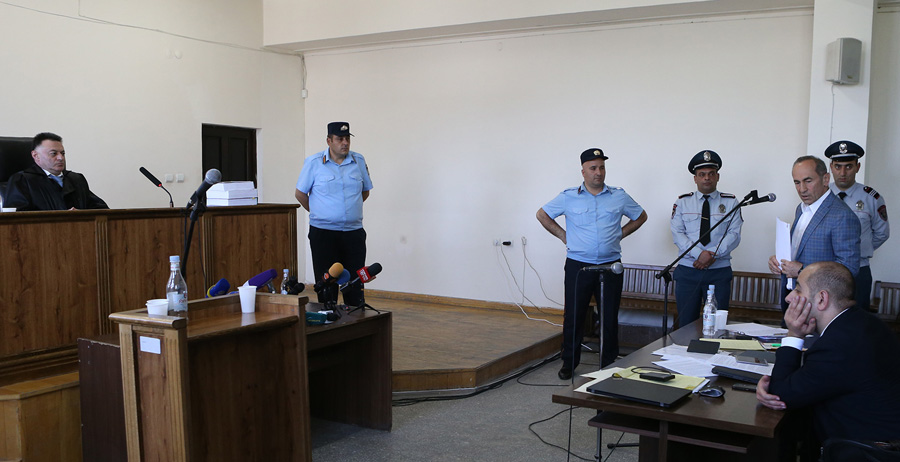 The trial of Robert Kocharyan deciding his preventive measure has ended. It lasted 4 days. Armenpress reports the court left for the consultation room to make a decision. The decision will be published on May 18 at 16:00.

Robert Kocharyan gave a speech during the court session. He referred to the famous consultation of February 23 (consultation with military command staff in 2008) and presented details over it.