Conservative Party of Canada: MP Michael Cooper’s unsanctioned statements do not reflect the official policy of the Party 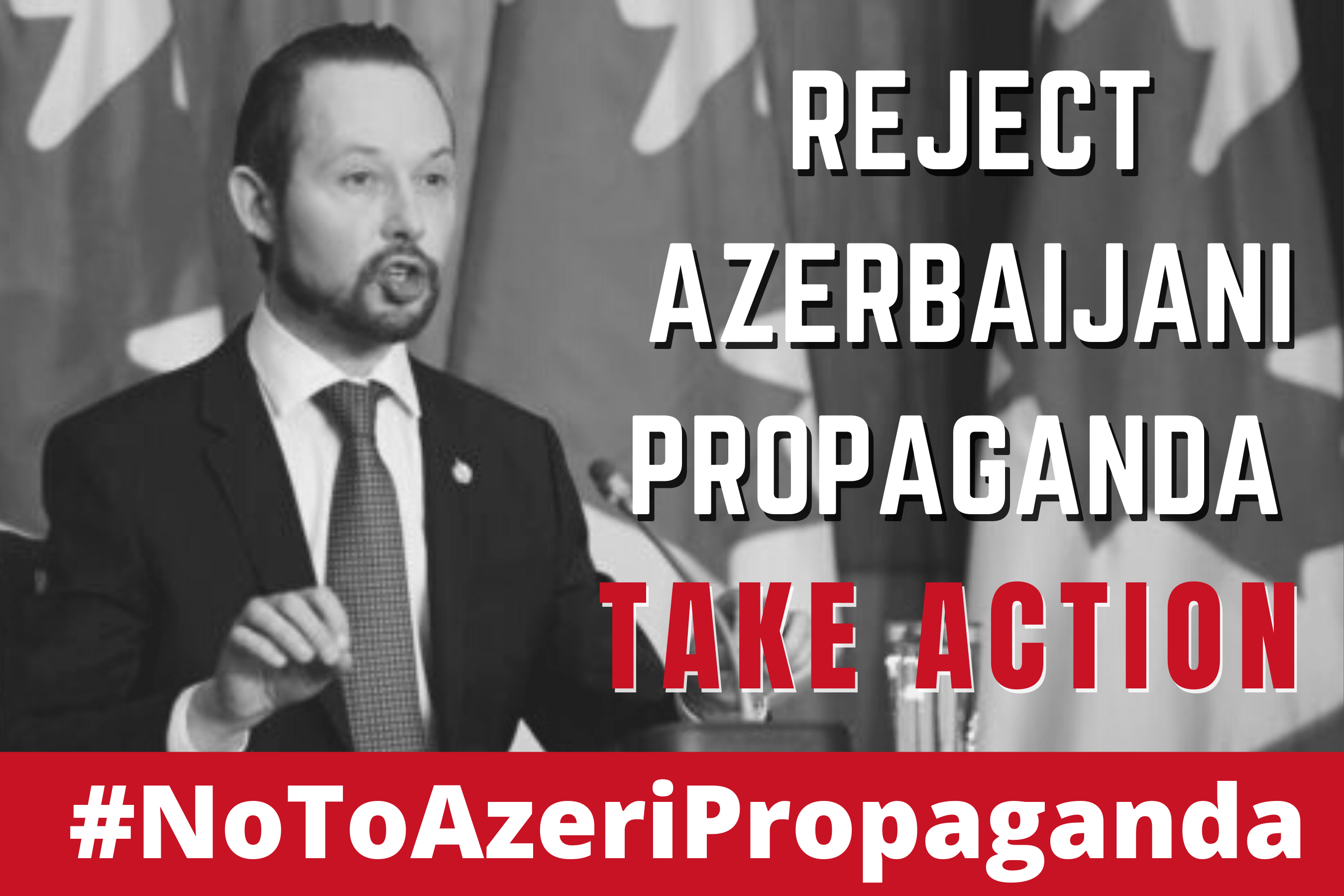 “On February 16, 2022, MP Michael Cooper of St. Albert-Edmonton tabled a petition in the House of Commons related to events that took place in February 1992, in the town of Ivanyan (Khojaly) in Artsakh. Prior to tabling the petition, MP Cooper made a statement spreading falsehoods and Azerbaijani state propaganda.

“In his statement, MP Cooper made unsubstantiated accusations against the Armenian Army – without providing the appropriate context – while completely ignoring the unspeakable war crimes and human rights violations committed by Azerbaijan.

“Following MP Cooper’s statement, the ANCC immediately contacted the MP’s office, demanding a full retraction and an apology, while urging Canadians to do the same by calling and e-mailing MP Cooper’s office. The ANCC also contacted the Office of the Leader of the Official Opposition (OLO), requesting the necessary clarifications related to this matter.

“Moreover, the CPC has reiterated that it continues to hold the same policy position regarding the Artsakh conflict, calling for the respect of the people’s right to self-determination, resumption of negotiations through the OSCE Minsk Group and the return of all Armenian POW’s held by Azerbaijan.

“The ANCC welcomes the assurances provided by the OLO and continues to call on MP Cooper to retract his statement and apologize to Canadians.”