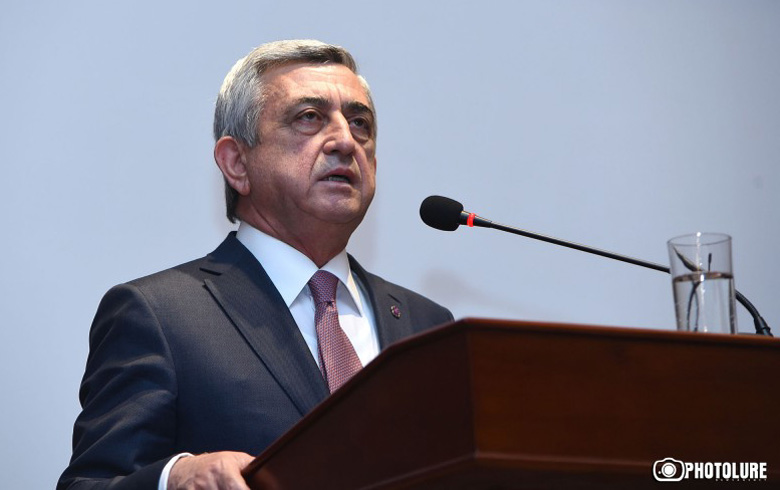 (Armenian Public Radio) – Armenia’s ex-President Serzh Sargsyan has been charged with committing a publicly dangerous act stipulated in Articles 38 (complicity) and 179.3.1 (squandering or embezzlement in particularly large amount) of the Criminal Code of the Republic of Armenia, the Special Investigative Service informs.

The President is accused of using his official position to organize the execution of a particularly large amount of theft of AMD 489.160.310 from January 25 to February 7, 2013 by a group of officials.

According to the indictment, by the decision of January 24, 2013, the Government of the Republic of Armenia approved the State Assistance Program for the purchase of diesel fuel at affordable prices for agricultural workers, which envisaged to sell 17,041,300 liters of diesel fuel to land users on the basis of applications submitted by Governors’ Offices and organizations within the system of the Ministry of Agriculture.

A number of companies, including “Maxhur” and “Flash” LLC, expressed readiness to make a supply within the framework of the project.

As a result of discussions with representative of Maxhur Ltd., which presented the lowest price offer, the officials of the Ministry of Agriculture of the Republic of Armenia decided to submit the data of the listed company as a supplier to the RA Government for approval.