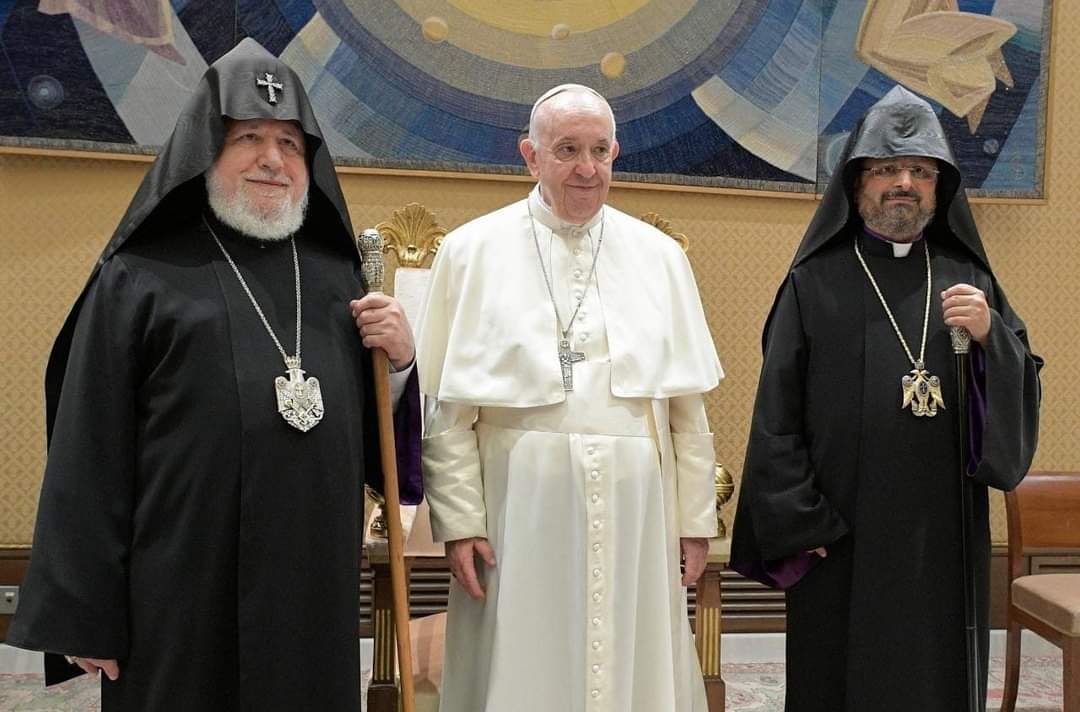 Catholicos of All Armenians Karekin II met with Pope Francis at the Vatican on Wednesday, October 6 and discussed the catastrophic consequences of the 44-day war, the current challenges facing Armenia and Artsakh (Nagorno-Karabakh), specifically emphasizing the issue of the return of prisoners of war and other detainees held by Azerbaijan.

Karekin II also thanked Pope Francis for his support to the Armenian people and Armenia during the war.

The Armenian delegation then met with Vatican’s Secretary of State, Cardinal Petro Parolin. With him too, the situation in the region after the Second Karabakh War was on the table.

“In particular, issues related to the security of the people of Artsakh, the encroachments on the sovereign territories of Armenia, as well as the preservation of the Armenian spiritual and cultural heritage in territories under the control of Azerbaijan were discussed. The Catholicos of All Armenians said he greatly appreciates the role of the international community in overcoming the challenges and problems,” the Mother See of Holy Etchmiadzin said in a statement.