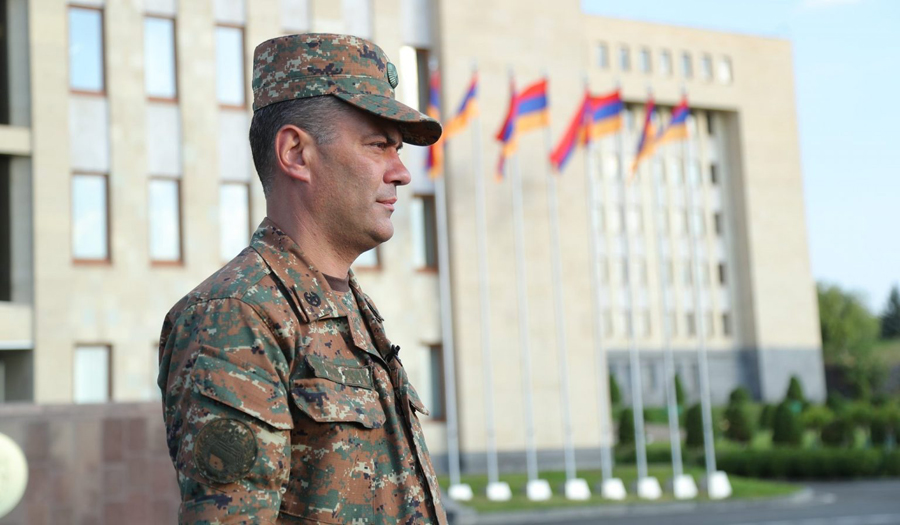 Captain Ruben Sanamynan has been honored with the highest title of the Hero of the Republic of Armenia and awarded an Order of the Motherland. A relevant decree was signed by President Armen Sarkissian today, reports Public Radio of Armenia.

As officer and commander, Captain Sanamyan showed exceptional courage, self-sacrifice in ensuring the defense and security of the homeland during the July clashes at the Armenian-Azerbaijani border.

As a commander, Captain Sanamyan accurately analyzed the enemy’s actions, assessed the situation, predicted possible developments, and kept the Anvakh combat position invincible through joint efforts with the position’s personnel.

Ruben Sanamyan was born in Dilijan on September 22, 1976. He completed the compulsory military service in 1995-1997 and joined the Armed Forces as contract serviceman in 2006. He is married and has two children.