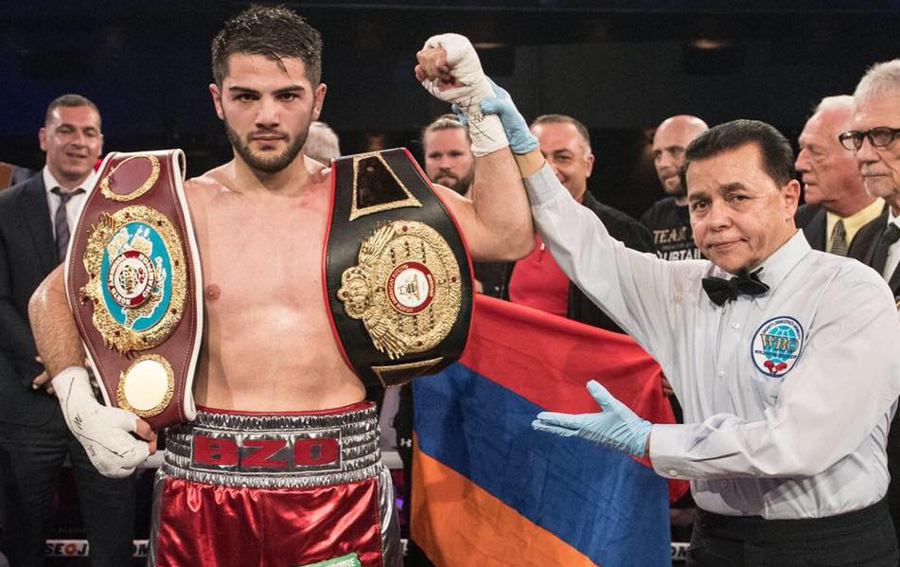 Canadian Armenian boxer Erik Bazinyan has been ranked the first in the super middleweight category unveiled by the World Boxing Organization (WBO).

24 year old Armenian-born Bazinyan, earned his way onto Team Armenia and won a national championship there before moving to Canada with his family in 2011.

In early May, Bazinyan beat Alan Campa Mexico to defend his NABA and NABO (North American Boxing Organization) Super Middleweight Titles in a 10-round fight.