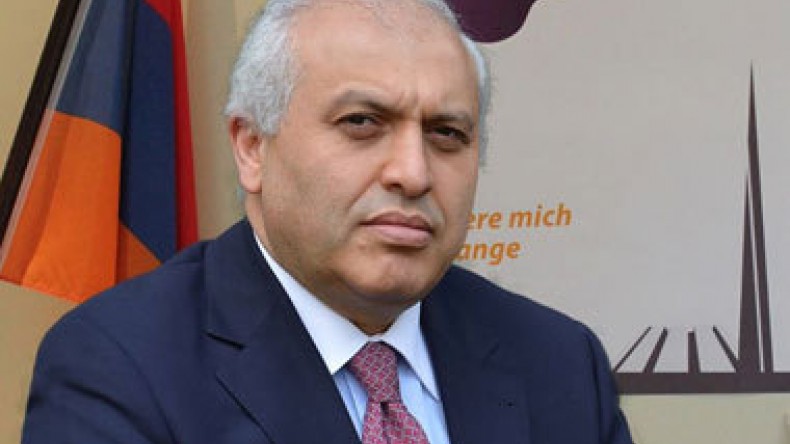 For each case of the infringement, the district court of Berlin has imposed a fine of up to € 250,000 or a custodial sentence of up to six months.

“Der Spiegel and Mitteldeutsche Rundfunk have repeatedly given the impression in their online and/or print publications that Ambassador Smbatyan is somehow connected with the so-called “Armenian mafia,” the German Armenian Society said in a statement.

“The impression is that the print media and online publications of the two media outlets are discussing the “Armenian mafia” under the pretext of actually directly or indirectly discrediting Ambassador Smbatyan,” the statement reads.

The German Armenian Society added that whoever had his finger in the game, probably had an intention to damage the good German-Armenian relations, which Ambassador Smbatyan has greatly contributed to.

In their latest report on the “Armenian mafia” groups in Germany, Der Spiegel and MDR accused Ambassador Ashot Smbatyan of alleged connection to “Armenian mafia” in 2008. The names of Armenian professional boxers artur Abraham and Karo Murat are figured in the reports.