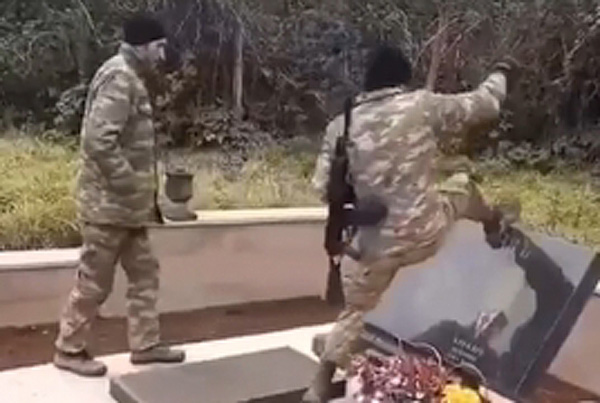 Azerbaijani social media users have been disseminating more footage of their troops in territories ceded by the Armenian side in Nagorno-Karabakh, Panarmenian reports.

Throughout the war between September 27 and November 10, the Azerbaijani armed forces have been committing war crimes against Armenian prisoners of war and civilians, shelling peaceful settlements and destroying indigenous Armenian cultural heritage sites.