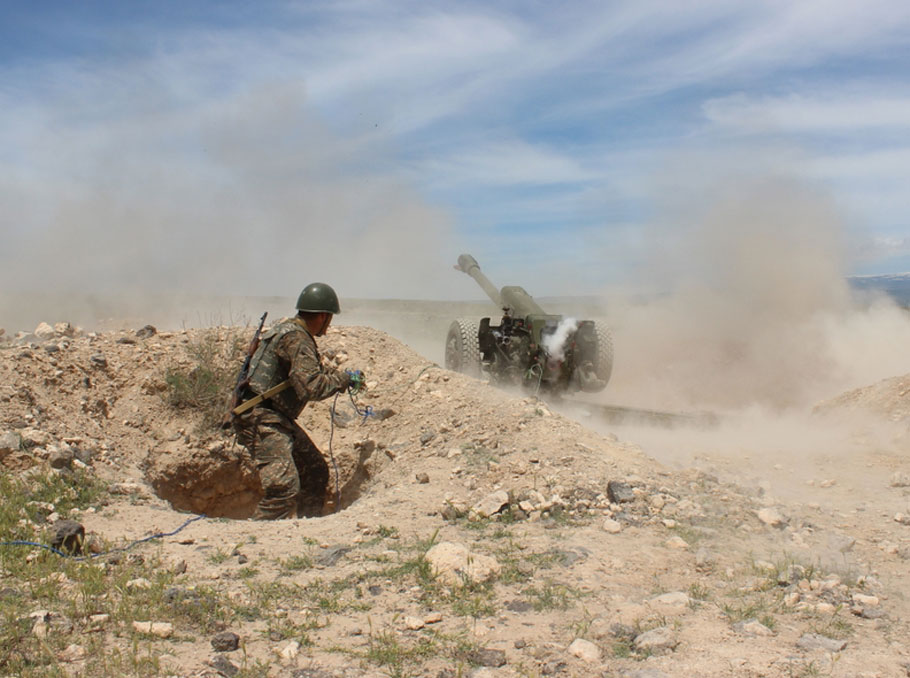 Armradio – At about 1:30 pm, Azerbaijan fired smoke bombs in the Karvachar area and tried to remove the corpses of the soldiers left in the valley the previous day, Artsakh’s Defense Army reports.

However, the Armenian side used precise artillery fire and bombs to repel the adversary, which left two more dead.

In the same area, at 1:40 pm, Azerbaijani forces used smoke cover to try and penetrate the frontline using a group of 30 people.

In this case as well, the Defense Army units used precise artillery fire to neutralize this attempted advance, forcing the adversary to retreat, suffering losses.

“At 2:30 pm, mobilization of Azerbaijani forces was noticed in battle positions in Karvachar. Our forces took the necessary measures to destroy four soldiers and prevent this attempt at consolidation,” the Defense Army said.

The tactical situation in both Karvachar and on other fronts remains under the control of the Defense Army units.