Azerbaijani provocations should be brought to the attention of international organizations 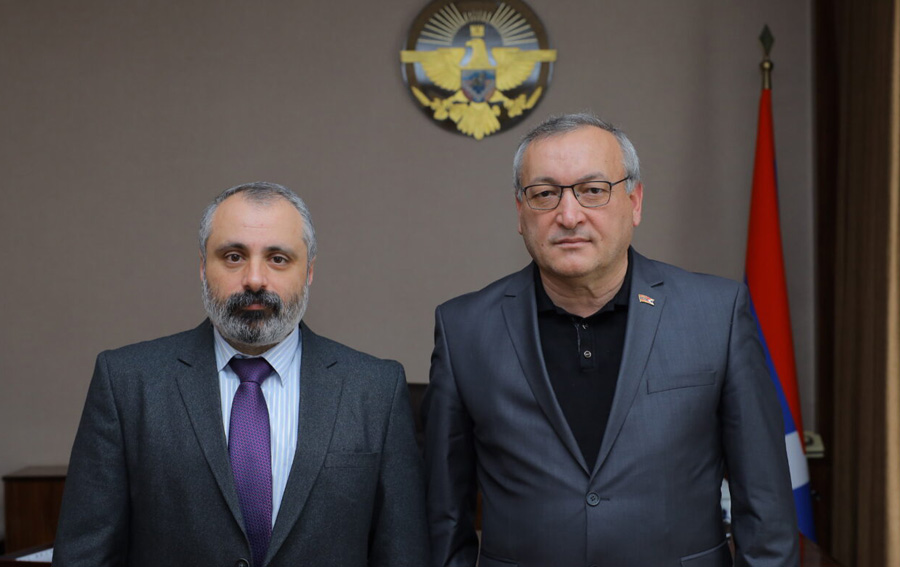 On March 30, Foreign Minister of the Republic of Artsakh David Babayan met with Chairman of the National Assembly Artur Tovmasyan at the Ministry of Foreign Affairs, Public Radio of Armenia reports.

Touching upon the recent cases of targeting with stones of civilian vehicles by Azeris, Artur Tovmasyan stressed the need to ensure the security of the population of Artsakh. The  sides attached importance to raising these and other issues on the agenda in international organizations.

The sides also discussed the country’s foreign policy priorities. In this context, the need for continuing the process of the Azerbaijan-Karabakh conflict settlement within the framework of the OSCE Minsk Group, as well as for the further development and deepening of relations with various countries, in particular, the Russian Federation, was stressed.

Minister of Foreign Affairs of the Republic of Artsakh David Babayan expressed confidence that in the current situation all internal resources, including parliamentary diplomacy, should be used to achieve success on the external front.