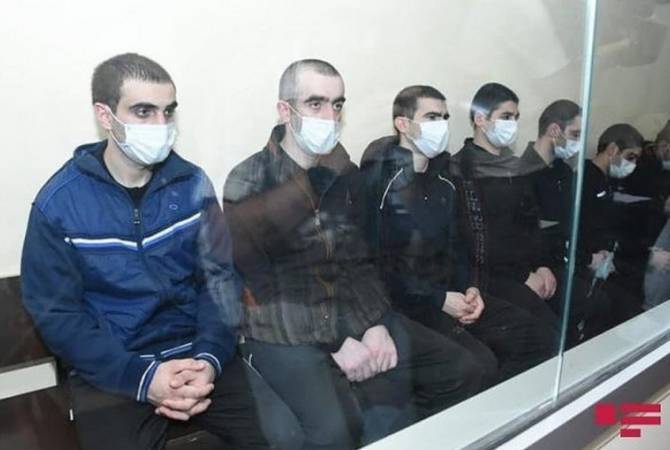 A court in Baku today announced the verdict in the case of 14 Armenian prisoners of war, Public Radio of Armenia reports.

The prosecutor demanded a five-year term for two servicemen under Article 318 (illegal crossing of the border) and two-year term for the rest under the same Article. He also asked to drop the rest of the charges.

Two Armenian POWs were eventually sentenced to four years in jail, others were handed a six-month term.