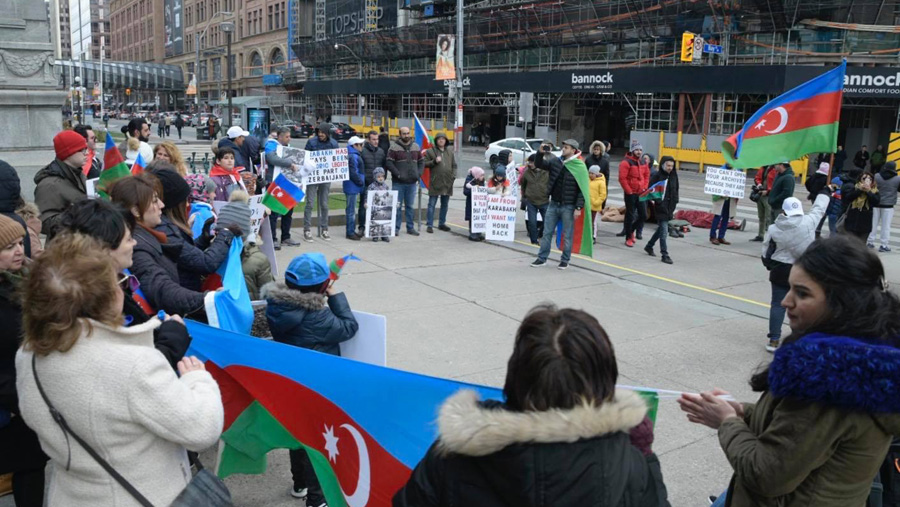 Around 60 azerbaijanis gathered on Sunday afternoon in front of the City Hall in Toronto to protest against the Republic of Artsakh flag which is always flown full-mast in front of the Armenian community centre in Toronto.

The rally was organised by the Azebaijani community of Ontario. The protesters were chanting anti-armenian slogans.

Last year, The Assembly of Canadian Azerbaijani Organizations and the Canadian Society of Azerbaijanis for the Arts sent a letter to Toronto city council, demanding the removal of the Artsakh flag.

According to the Canada 2016 Census, 6,425 Canadians claimed ethnic Azerbaijani background, with nearly two thirds living in Ontario and with more than half living in Toronto. 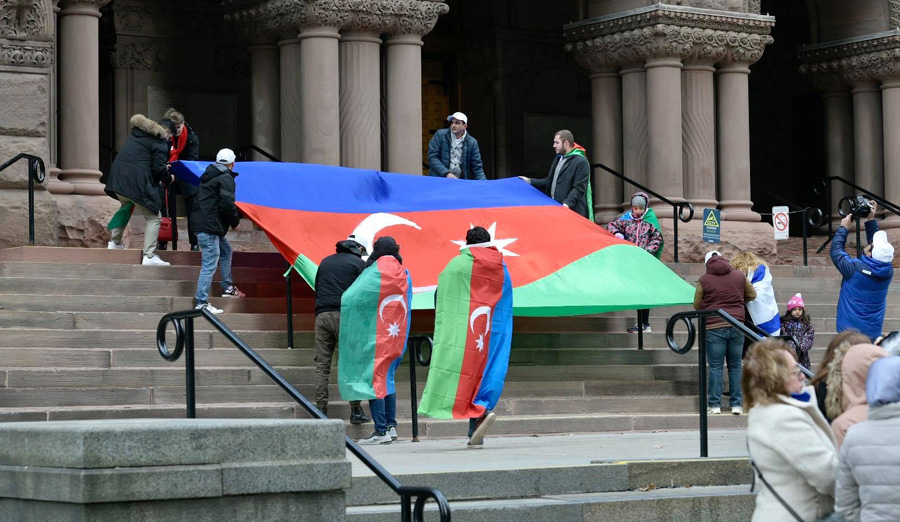 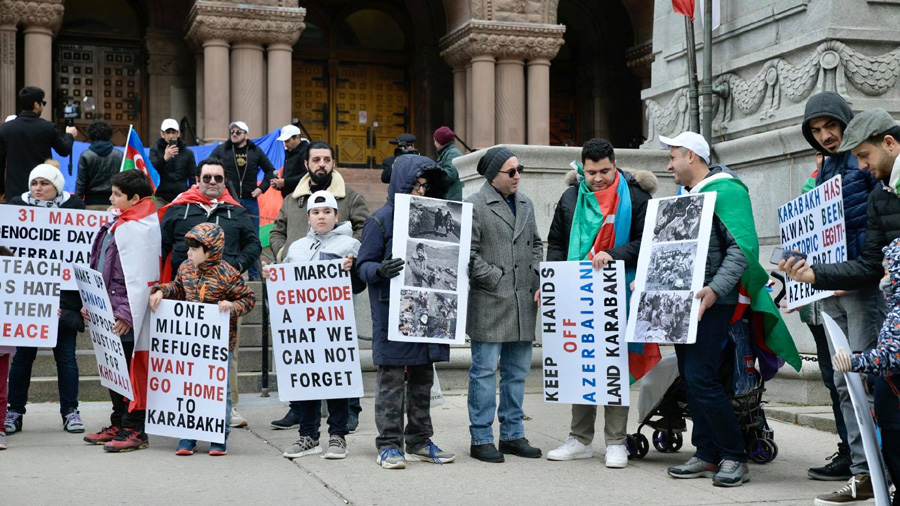