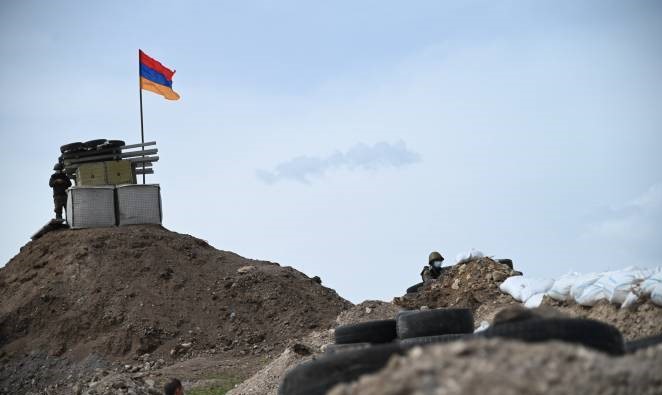 The Azerbaijani military launched a renewed attack on Armenia at 08:00, September 14, the Ministry of Defense said. The Azeri offensive is taking place particularly in the directions of Jermuk and Verin Shorzha.

“Overnight September 13-14 the situation at the Armenian-Azerbaijani border remained tense. Particularly, in the direction of Jermuk the adversary used combat UAVs. Despite no significant incidents taking place in the remaining directions of the Azerbaijani aggression unleashed the previous day, today, starting 08:00, the adversary re-launched its attack by using artillery, mortar and large-caliber firearms in the directions of Jermuk and Verin Shorzha. The Armed Forces of the Republic of Armenia are taking adequate countermeasures and continue entirely fulfilling their combat objectives. Despite a clear reaction from the international community over the situation, in fact Azerbaijan’s military-political leadership continues its acts of aggression against the sovereign territory of the Republic of Armenia, targeting both military and civilian infrastructure. The Ministry of Defense of the Republic of Armenia is announcing that the entire responsibility for the created situation and further developments falls on the military-political leadership of Azerbaijan,” the Ministry of Defense of Armenia said.