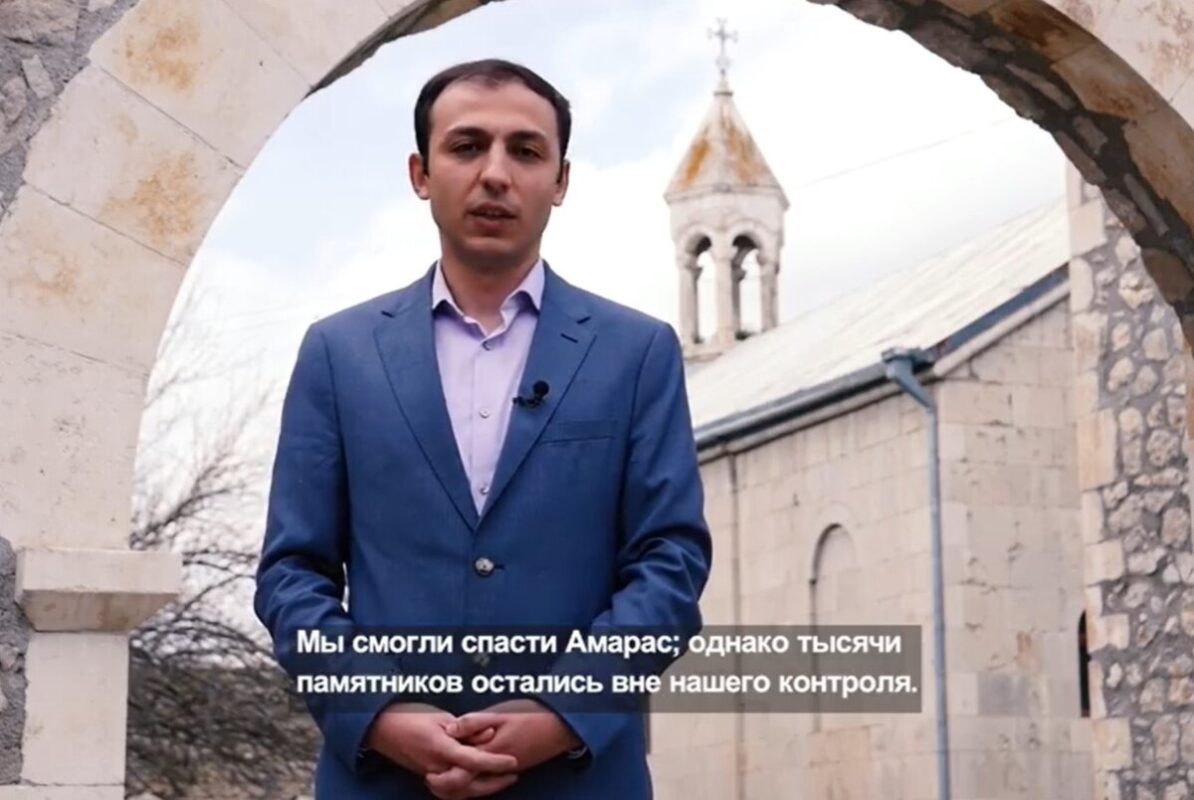 “The destruction of the Armenian graves once again shows the widespread hatred and outrage of the Azerbaijani leadership and society towards the Armenian people, its memory and the values it has created. Their behavior is not new for us, we have witnessed many times the Azerbaijani atrocities against the life, property, historical values and memory of the Armenian people in the territory of Artsakh. The purpose of Azerbaijan’s criminal behavior is clear – to destroy any trace and evidence of the centuries-old existence of the Armenians in the occupied territories,” teh Ombudsman said in a Facebook post.

“The customary norms of international humanitarian law stipulate that the conflicting parties must show respect for the graves under their control, must separate the cemeteries with distinctive signs and ensure their preservation. By desecrating and destroying Armenian cemeteries, Azerbaijan grossly violates not only the norms of customary law, but also the right to respect for one’s dignity, personal and family life,” he added.