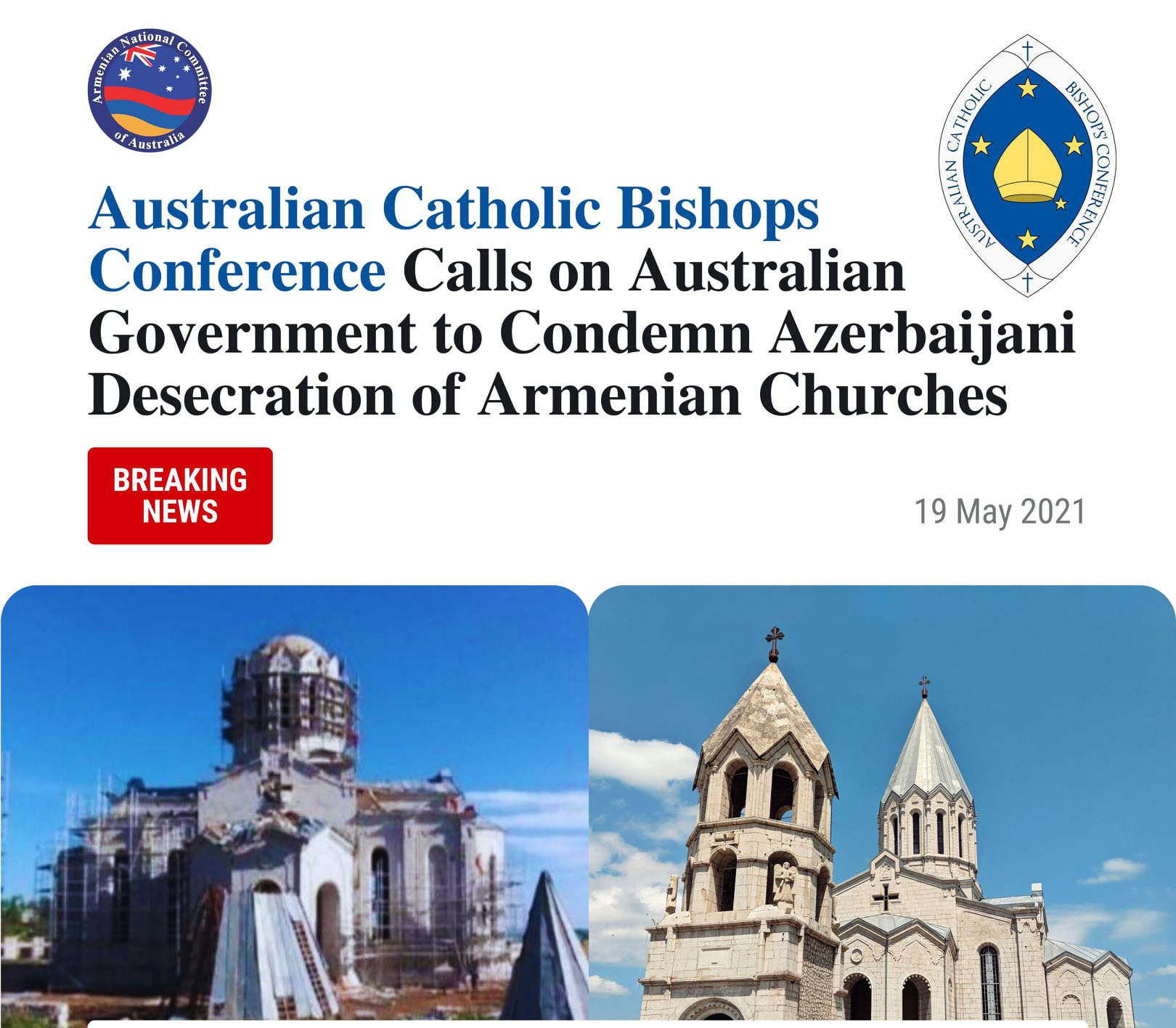 SYDNEY: The Uniting Church in Australia, which is the third-largest Christian denomination in the country, has condemned acts by the Azerbaijani dictatorship to “to destroy places of religious significance” in light of evidence the regime of Ilham Aliyev is desecrating indigenous Armenian places of worship following their illegal occupation of the Republic of Artsakh (Nagorno Karabakh), reported the Armenian National Committee of Australia (ANC-AU).

The Uniting Church in Australia was asked by the ANC-AU to respond to the appropriation of the Ghazanchetsots Cathedral of Holy Saviour as images emerged of the sacred site being removed of its domes, angels and Armenian inscriptions under the cover of “restorations” by Baku, and their Assembly has condemned these acts in the strongest of terms.

Their statement “condemns any acts that deliberately seek to destroy places of religious significance for other communities”, “acknowledges that reports coming out of Artsakh are concerning and especially distressing for people in Australia whose cultural and religious heritage is connected to this region”, and “acknowledges that Armenian members of our Uniting Church have expressed to us their anguish at hearing reports and seeing images that are emerging from the region showing the destruction and damage of Armenian cultural and religious structures including churches”.

The statement specifically acknowledges that “one of the major sites impacted, the Ghazanchetsots Cathedral, which was visited by a group of UCA leaders in a visit in 2019” referring to a visit coordinated by Reverend Krikor Yomshajekian.

Further, the Uniting Church in Australia’s call for international action to “take all possible and appropriate measures to protect the sites” echoes the call by the Bishops of the Australian Catholic Church earlier this week.

“The Uniting Church in Australia’s call for a stop to the desecration of Ghazanchetsots and other religious sites in the indigenous Armenian Republic of Artsakh means two of the largest Christian denominations in this country have spoken for action by the Federal Government and UNESCO against Azerbaijan’s criminal occupation and destruction of Nagorno Karabakh’s cultural heritage,” said Kayserian.

“We thank Rev. Krikor Yomshajekian for his leadership and the Uniting Church in Australia for their principled condemnation.”

In May 2021, the Armenian National Committee of Australia wrote to prominent religious bodies throughout Australia, requesting their support in response to the destruction of Armenian churches.