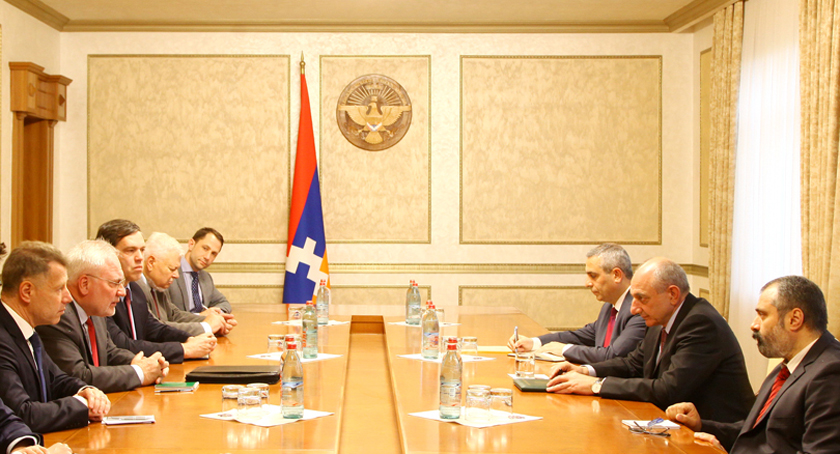 Issues related to the Azerbaijani-Karabakh conflict settlement, situation along the border between Artsakh and Azerbaijan as well as recent developments were discussed.

President Sahakyan reaffirmed the commitment of official Stepanakert to the peaceful settlement of the Azerbaijani-Karabakh conflict under the auspices of the OSCE Minsk Group, reiterating the necessity of restoring the full-fledged negotiations format with the participation of Artsakh in all the stages of the conflict settlement.