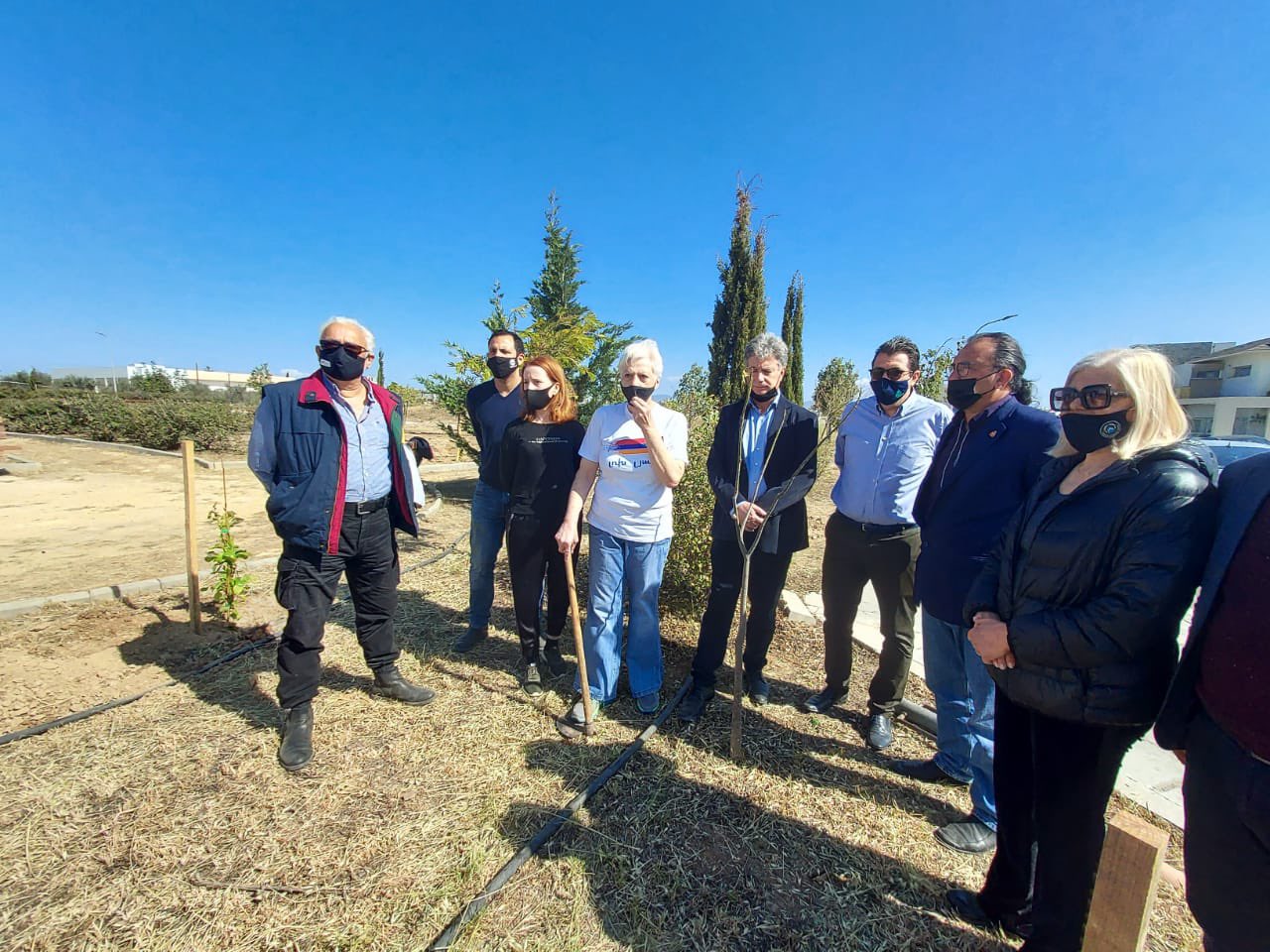 Speaker of the Artsakh national Assembly Arthur Tovmasyan has expressed gratitude to leader of the political party Solidarity Movement, former Member of the European Parliament Eleni Theocharous, Mayor of Strovolos Andrea Papakharalampous and the Armenian National Committee of Cyprus for setting up a park dedicated to fallen soldiers in Cyprus.

He hailed Mrs. Theocharius’ personal efforts and consistent activity to protect the rights of the Armenian people, to make Artsakh known to the world, to present and defend the just demands of our people in European instances.

“The Artsakh Parliament is grateful to Cyprus and the local Armenian community for supporting the Artsakh Armenians and the Armenian people in general,” the Speaker said.

“Eleni Theocharius stood by the people of Artsakh during the First Artsakh War, providing professional and direct support to those wounded in the liberation war,” the Speaker said.

He also expressed gratitude to Strovolos Mayor Andrea Papakharalampous for support Mrs. Theocharius’ initiative and for contributing to the Armenian-Cypriot relations.

He voiced confidence that the framework of Artsakh-Cyprus cooperation would expand and strengthen for the benefit of the wellbeing of the two peoples.