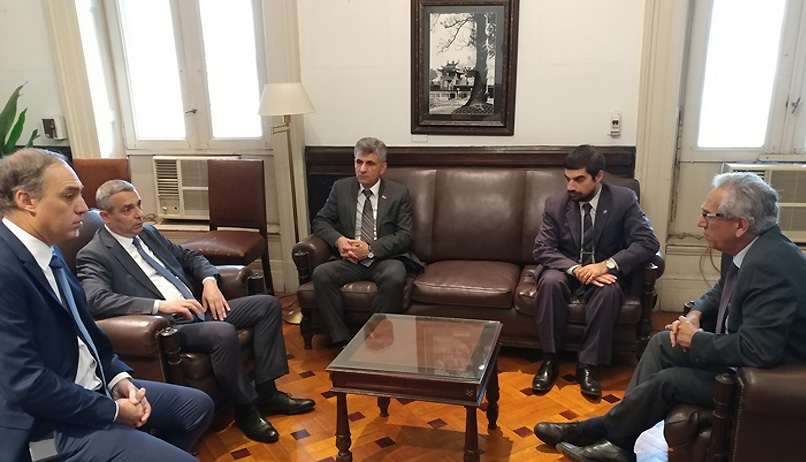 The delegation of the Republic of Artsakh led by Foreign Minister Masis Mailyan met with former Mayor of Buenos Aires, Secretary of the Foreign Relations Committee of the Argentine Parliament, member of the ‘Radical Civil Union’ Party, which is part of the ruling coalition, Facundo Suarez Lastra.

During the meeting, Masis Mayilian briefed on the goals of the visit of the Artsakh delegation. The sides also touched upon the current situation in the South Caucasus and the prospects of establishment of stability in the region.

On the same day, the Artsakh delegation met with former Foreign Minister of Argentina, Chairman of the influential ‘Justice Party’, member of the Mercosur Council Jorge Taiana.

The sides touched upon the processes of peaceful settlement of the Azerbaijan-Karabakh conflict and the international recognition of the Republic of Artsakh. They also discussed a range of issues of mutual interest.