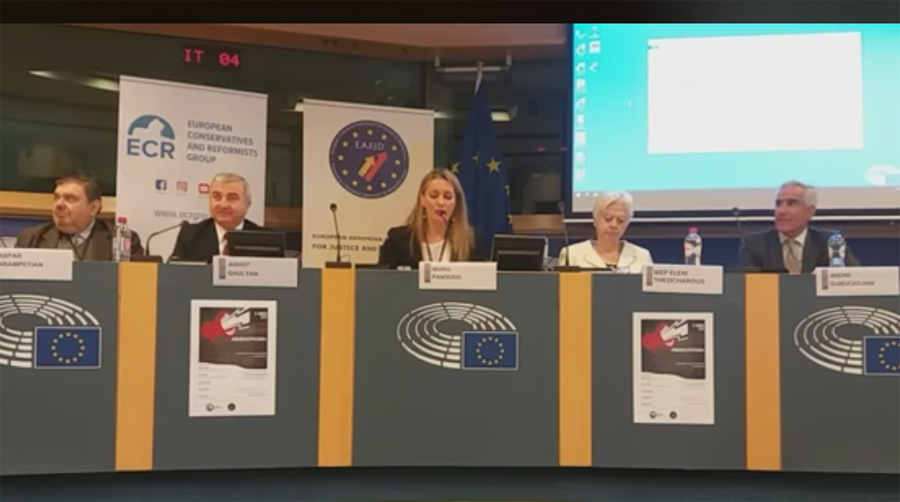 Speaker of Parliament of Artsakh Ashot Ghulyan on March 6 participated in the “Armenophobia: historical and present-day resurgence” conference in the European Parliament which has been organized by the European Armenian Federation for Justice and Democracy (EAFJD) and the Tufenkian Foundation, as well as by the support of MEP Eleni Theocharous, the Artsakh Parliament told Armenpress.

The Artsakh Parliament Speaker addressed the conference participants, highlighting the organization of such an important event in the European Parliament- an organization that is a pioneer of democracy, law and solidarity not only for the peoples of the European family, but also for the whole world.

In his remarks Ashot Ghulyan talked about the necessity to fight against xenophobia as one of the greatest challenges facing humanity and stated that success on this path is possible only when everyone understands that a society poisoned with xenophobia can never and under no circumstances create a public and universal value. 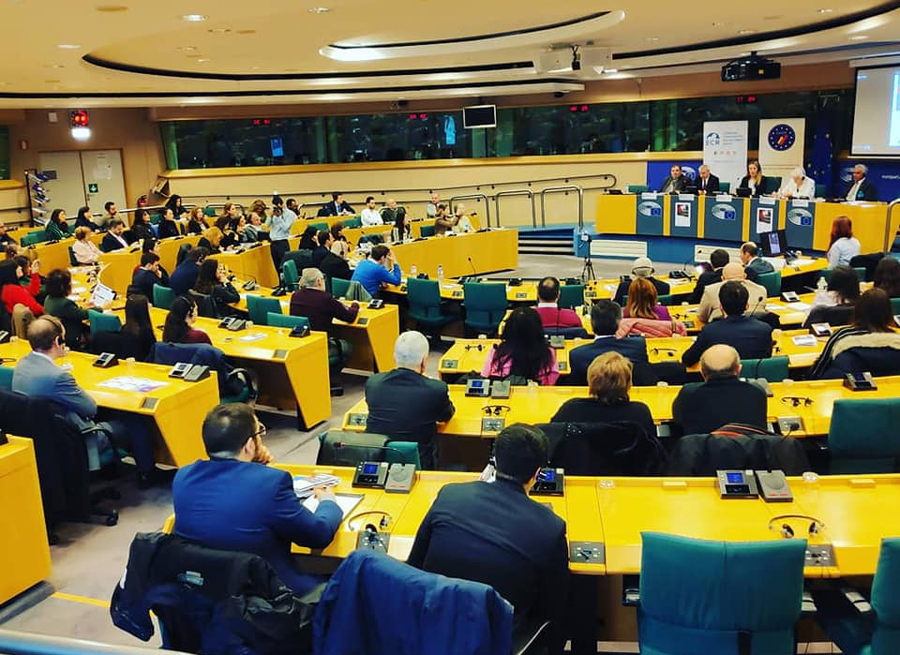 Touching upon the Armenophobic policy being carried out by Azerbaijan at a state level, the Speaker of Artsakh Parliament said this phenomenon is not new in the neighbor country. “Moreover, hatred towards Armenians in Azerbaijan has become an integral part of shaping their own national identity, and in conditions of unresolved conflict, it is used by the Azerbaijani authorities as an effective tool to mislead their own people”, Ghulyan said. He recommended the foreign partners to visit Artsakh and get acquainted with the situation.

Summing up his remarks, Ashot Ghulyan expressed confidence that any event organized in this format helps to identify the nature of obstacles impeding human development and find a way out of any difficult situation with joint efforts.

The conference was also attended by Artsakh’s deputy foreign minister Armine Alexanyan, Ombudsman Artak Beglaryan, a number of representatives from expert and other fields.

''Armenophobia: Historical and present-day Resurgence'' Conference at the European Parliament

Posted by EAFJD – European Armenian Federation for Justice and Democracy on Wednesday, March 6, 2019