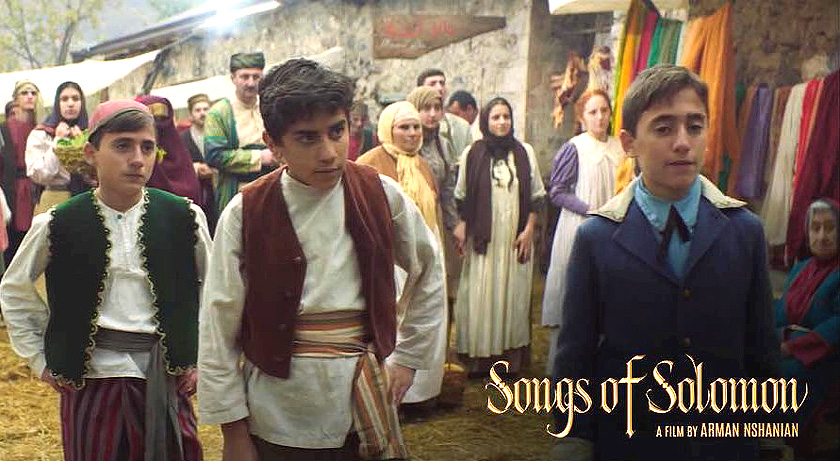 Cloudburst Entertainment has acquired rights to Songs of Solomon, Armenia’s official entry for this year’s International Feature Film Oscar race. The drama, directed by Arman Nshanian, who also produced the pic with Oscar-winning Green Book producer and co-writer Nick Vallelonga and Asko Akopyan, will get a 2021 release date, DEADLINE reports.

Nshanian’s feature directorial debut, written by Audrey Gevorkian based on a true story, centers on a brave Turkish woman who, at a time of dire prejudice during the Hamidian massacres, risks her own life and the life of her family to save her best friend who is hunted down for her religious beliefs. The pic spans 1881-1915 in Constantinople and culminates in the last concert given by Archbishop Solomon, the composer also known as Komitas. Samvel Tadevossian, Arevik Gevorgyan, Tatev Hovakimyan, Sos Janibekyan, Nshanian, Artashes Aleksanyan and Jean-Pier Nshanian star.

“Songs of Solomon explores a difficult time in Armenian history but ultimately is a beautiful reminder that the power of friendship translates beyond cultural boundaries,” Cloudburst CEO Steve Fedyski said. “We are thrilled to bring this impactful story to screens everywhere.”

Added Vallelonga: “Asko Akopyan and I are honored to partner with Cloudburst on the distribution of Arman’s stunning and important film. Like Green Book, the film explores the power of music in a culture, as well as promoting the hope that we must all work together to overcome, respect and accept our differences with love and peace.”

The Academy of Motion Picture Arts and Sciences announces its shortlist in the International Feature category on February 9.