Armenians in Paris rally in front of Azerbaijani Embassy, demand immediate release of POWs and civilians 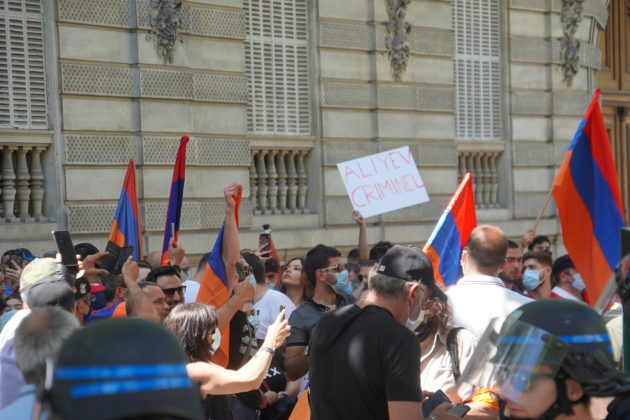 Armradio – Several hundred Armenians and ethnic French people demonstrated in front of the Azerbaijani embassy in Paris on Sunday, September 26, at the appeal of the Coordination Council of Armenian Organizations of France (CCAF), supported by various French organizations, Jean Eckian informs from Paris.

They demanded the immediate release of Armenian prisoners of war detained by Azerbaijan since November 9, 2020, in violation of Article 8 of the statement on ceasefire and the Geneva Convention, stipulating that the abducting country must refrain from subjecting prisoners of war to “violence, physical abuse, reprisals, intimidation or discrimination.” The demonstrators also demanded recognition of the Republic of Artsakh.

Patrick Karam, vice-president of the Ile de France regional council, regretted the silence of the international community. He said, “As long as there are Armenians on earth, there will always be an Armenia!”

The highlight of the meeting was the presence of the former mayor of the city of Van, Veysel Keser, who had been removed from his post by Turkish President Recep Tayyip Erdogan.

CCAF co-chair Mourad Papazian declared: “Armenia and Artsakh need us against the forces of pan-Turkism.” He added that after being received at the Elysée Palace, with Ara Toranian, by French President Emmanuel Macron, on November 12, 2020, Macron conceded: “We were cowards.” 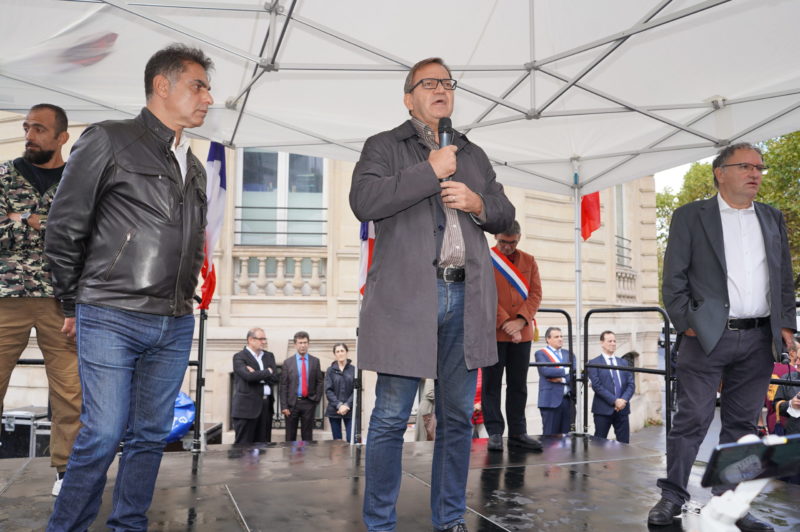