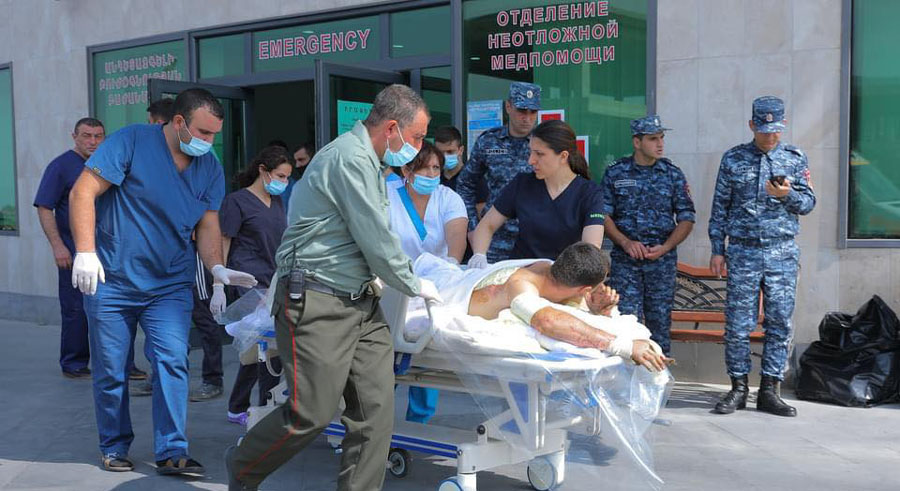 A woman and a child were killed in Azerbaijan’s shelling of civilian settlements of Martuni province in Nagorno-Karabakh (Artsakh), the country’s Human Rights Defender Artak Beglaryan said on Sunday, September 27.

Beglaryan said two other civilians have been wounded in the same area, reports on other casualties are being verified.

According to him, schools have been shelled, and there is large-scale damage to civilian infrastructure in many settlements.

Armenian Defense Ministry spokeswoman Shushan Stepanyan has said that the Karabakh army has downed two helicopters and three drones of the Azerbaijani army. According to the spokesperson, the Azerbaijani military has launched an air and missile attack on Artsakh.

Armenian Defense Minister Davit Tonoyan has already briefed Andrzej Kasprzyk, the Personal Representative of the Chairperson-in-Office, on the situation along the Karabakh contact line.

Karabakh President’s spokesperson Vahram Poghosyan has said the Azerbaijani military has been shelling the civilian settlements of Karabakh, including the capital Stepanakert.