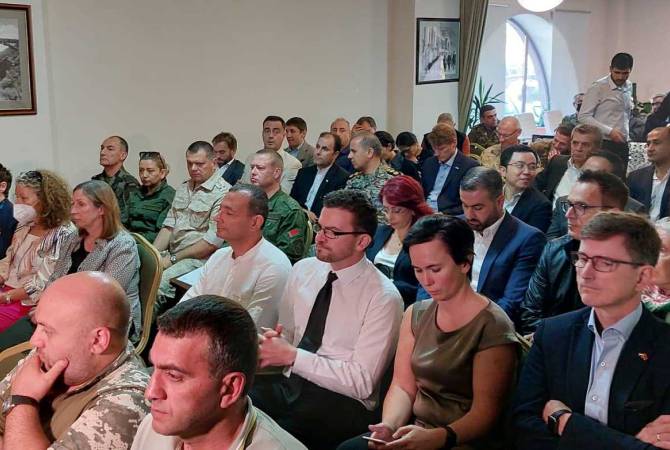 (Armradio) – On a visit to Jermuk, foreign diplomats accredited to Armenia were briefed on the atrocities committed by the Azerbaijani armed forces after infiltrating into Armenia’s territory, Armenpress reports.

“They committed atrocities in our combat positions against our servicemen, including women,” Chief of the General Staff of the Armed Forces Eduard Asryan said.

They dismembered a female soldier, cut off her legs and fingers, stripped her naked, the army chief said, promising to show a relevant video and describing it as “the highest level of cruelty.”

He stated that no military force, unit or soldier of any country has the right to commit such atrocities and called it a gross violation of the international humanitarian law.

Asryan said that war crimes have been carried out in all directions of the attack. He assured that the Armenian Armed Forces will continue taking all measures to ensure the security of the homeland.