Armenian President on a short working visit to UAE 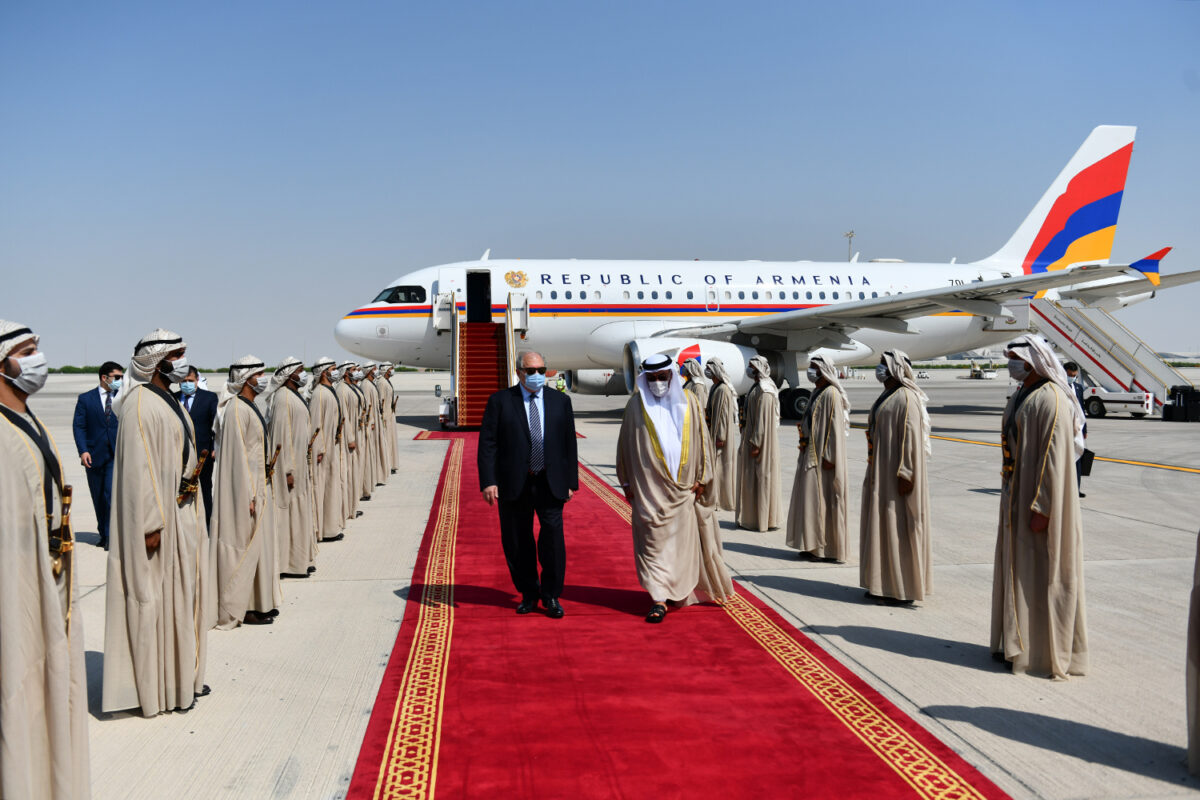 Armenian President on a short working visit to UAE

At the Abu Dhabi airport, the President of Armenia was welcomed by the Minister of State, Co-Chair of the Armenian-Emirati Intergovernmental Commission Ahmad Ali al-Sayeh.

President Sarkissian arrived in UEA from Saudi Arabia. He became the first Armenian official to visit the country since Armenia’s independence in the absence of diplomatic relations.