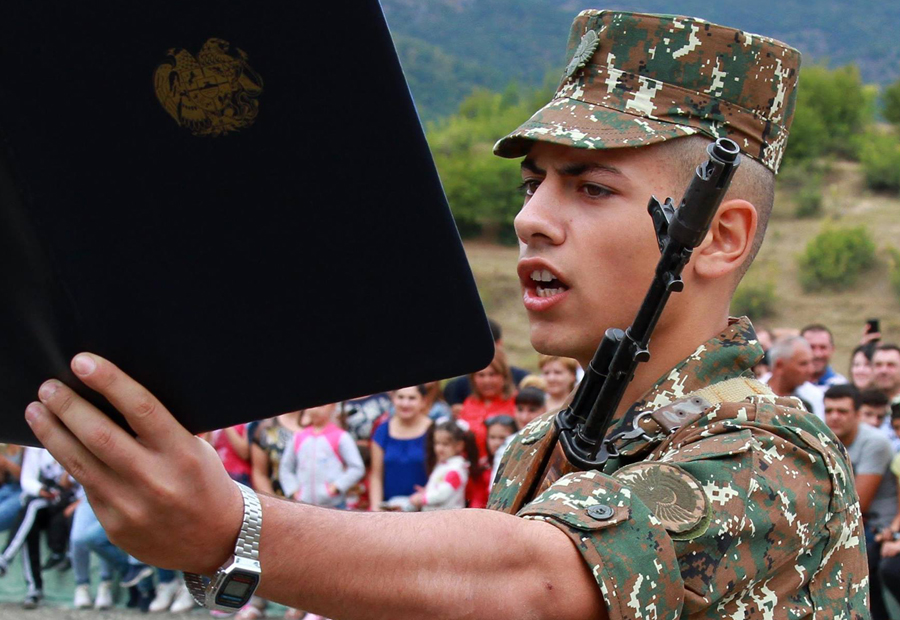 “My son gives a military oath”, the PM said on Facebook, posting the photo of his son.