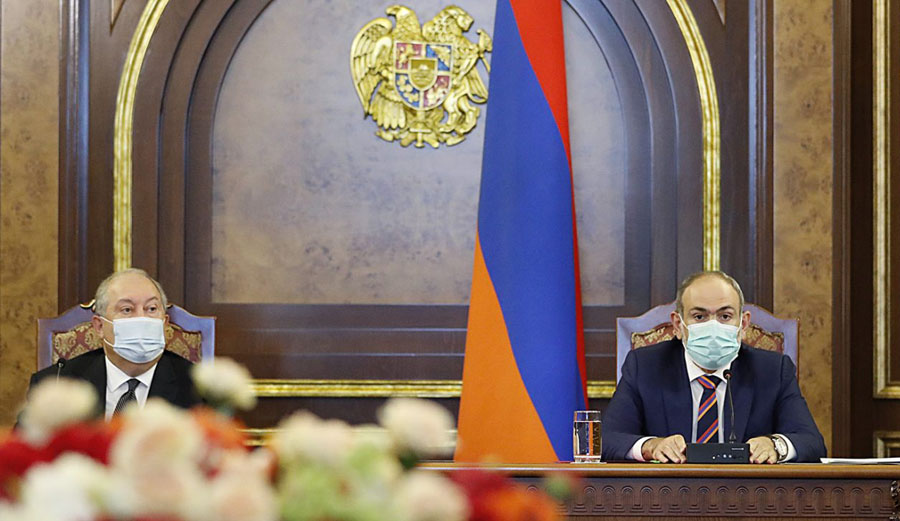 Besides the members of the Security Council, participating in the meeting were President of the Republic of Armenia Armen Sarkissian, the Speaker of the National Assembly Ararat Mirzoyan, the Chief of Staff of the Prime Minister Eduard Aghajanyan and the Minister of Emergency Situations Felix Tsolakyan.

During the meeting, reference was made to the response to the large-scale military operations unleashed by the enemy on the Karabakh-Azerbaijani border, the worthy counterattack of the Armed Forces and the further steps.

Casualties have been reported among the military and civilians. The Republics of Armenia and the Republic of Artsakh have decaled martial law and mobilization.