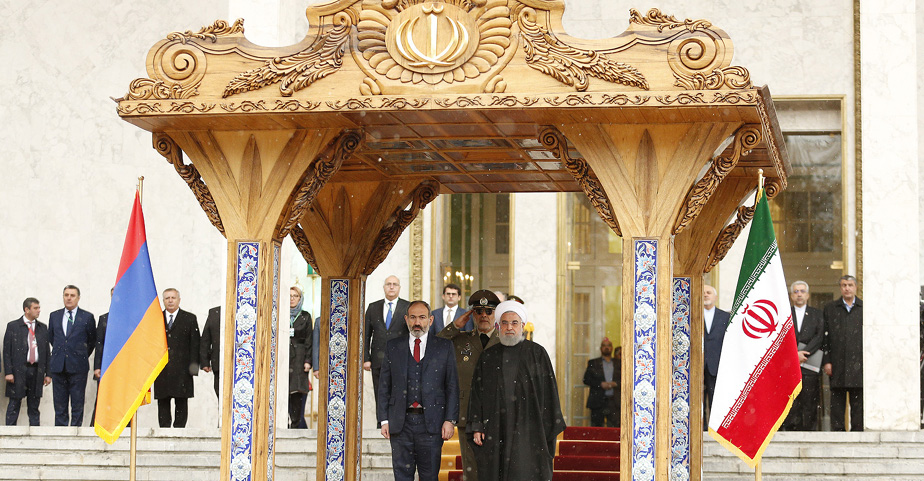 (Armradio) – Accompanied by his spouse Anna Hakobyan and a governmental delegation, Prime Minister Nikol Pashinyan has arrived in Iran on an official visit at the invitation of Iran’s President Hassan Rouhani.

The delegation led by the Prime Minister left Tehran’s Mehrabagh Airport for the Royal Saadabad Palace, where an official welcoming ceremony took place.

After the official national anthems of the two countries had been played, Nikol Pashinyan and Hassan Rouhani welcomed the members of the two delegations and started their high-level talks.