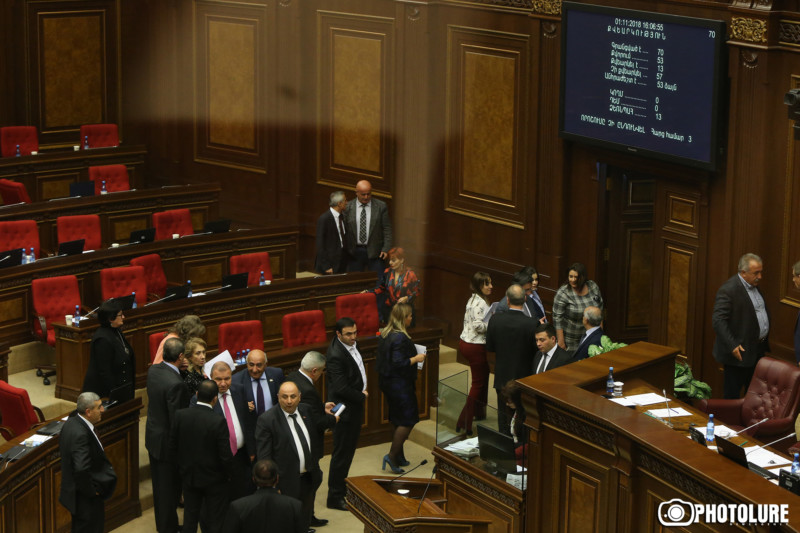 (Armradio) – The Armenian National Assembly has been dissolved by virtue of law after two failed attempts to Prime Minister.

With no pro and con votes and 13 abstentions, the Parliament voted down Nikol Pashinyan’s candidacy for Prime Minister.

Pashinyan resigned last month to allow dissolution of the Parliament to trigger early elections, which he hopes to hold in December.