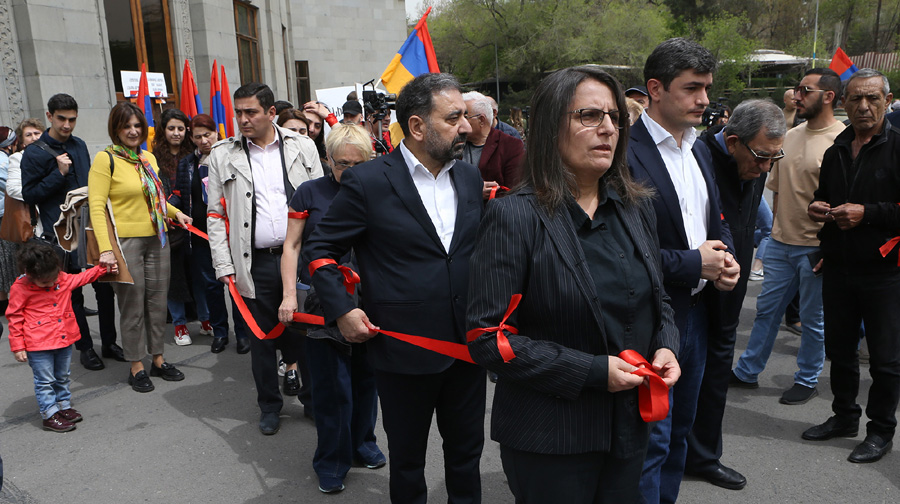 Members of the movement first joined the indefinite anti-government protest being staged in Yerevan’s Liberty Square since Sunday evening.

Afterwards, they started a march through the central streets of Yerevan holding a long red ribbon. The protesters also tied red ribbons around their sleeves, saying they symbolize the “red lines” that the Armenian authorities have crossed.

Edgar Ghazaryan, a member of the movement, urges all those seeking Pashinyan’s ouster to wear red ribbons at work, in school and elsewhere as a symbol of protest.

The protest action, according to organizers, will be long-lasting.