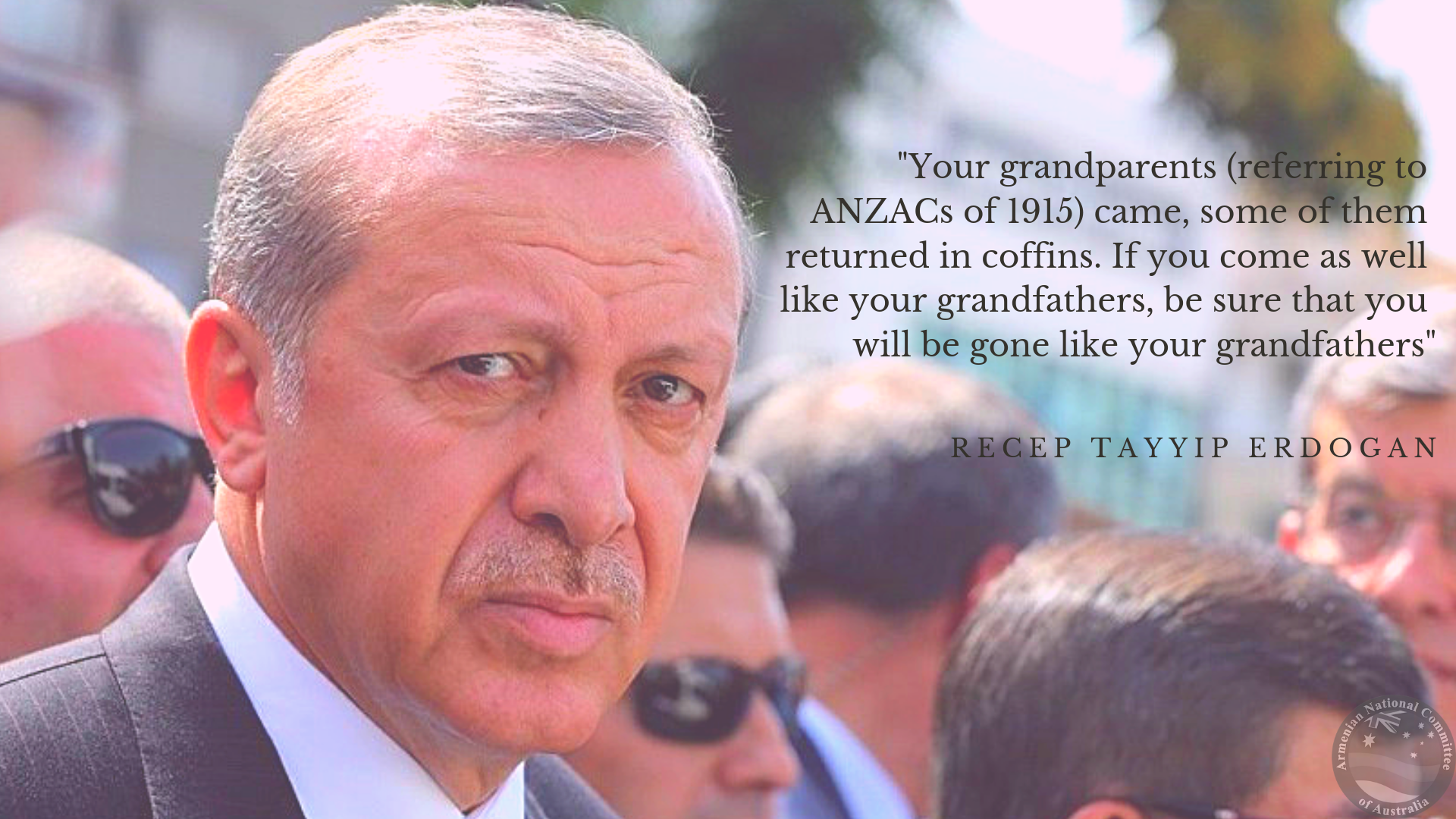 SYDNEY & AUCKLAND: The Armenian National Committees of Australia and New Zealand (ANC-AU and ANC-NZ) have condemned Turkey President, Recep Tayyip Erdogan’s threat to return Australians and New Zealanders traveling to Gallipoli for ANZAC Day Commemorations “in their coffins like their grandfathers”.

Erdogan let loose with these comments in light of last week’s Christchurch terrorist attack, which resulted in the shooting death of 50 Muslims praying in two Mosques in the New Zealand town.

“Your grandparents (referring to ANZACs of 1915) came, some of them returned in coffins. If you come as well like your grandfathers (not in peace), be sure that you will be gone like your grandfathers,” Erdogan said, adding “the enemies of Muslims have shown that they continue to hate us”. 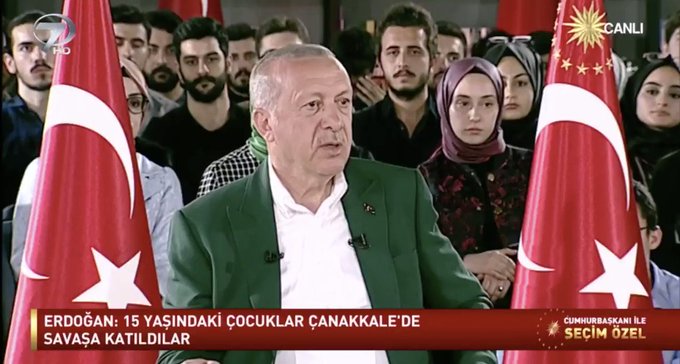 #Erdogan‘s manipulation of #Christchurch attack goes on with a fresh warning for #NewZealand & Australia citizens who will visit #Turkey for #Anzac Day, says if they come in peace, fine, if not, they will be sent back in coffins like their forefathers in Gallipoli Battle of WWI.

“They are testing us from 16,500km away, from New Zealand, with the messages they are giving from there. This is not an individual attack, it is organised.”

Erdogan made these comments after an earlier election campaign rally, where he showed footage of the Christchurch gunman’s attack to highlight Islamophobia in Western countries.

“This is an outrageous response from the President of what our countries – Australia and New Zealand – consider an ally,” said ANC-AU Executive Director, Haig Kayserian. “What happened in Christchurch was a terrorist hate crime, and must be condemned as many in the world have rightly done.”

“What Erdogan is doing is responding to a hate crime by spreading more hate,” Kayserian added. “He is disrespecting ANZACs by referring to their return to Australia and New Zealand in coffins, while at the same time threatening those of our citizens who wish to pay respects to the memory of our ANZACs in Gallipoli.”

The Chairperson of ANC-NZ, Hoory Yeldizian was quick to highlight the differences in response.

“In stark contrast to the exemplary empathy and strong leadership being demonstrated by New Zealand Prime Minister Jacinda Ardern during this important juncture, the President of Turkey has yet again demonstrated his insensitivity and international thuggery,” Yeldizian said.

“After all, New Zealand has unequivocally condemned the actions of this terrorist. New Zealand mourns the loss of 50 lives. New Zealand rejects any attempt by Erdogan to paint our society as one with a single extremist or group of extremists,” Yeldizian added.

ANC-AU has called on the Returned and Services League (RSL) to unequivocally condemn this outburst by Erdogan, which they said “disrespects our ANZAC martyrs and provides a true picture of what the Turkish State thinks of them when the diplomatic veils are lifted”.

Kayserian added: “This is not the first time that the ANZAC relationship has been misused by the modern Turkish state, with Erdogan’s government in 2013 threatening to block access to Gallipoli for NSW Parliamentarians who voted on a motion to recognise the Ottoman Genocide of Armenians, Greeks and Assyrians.”