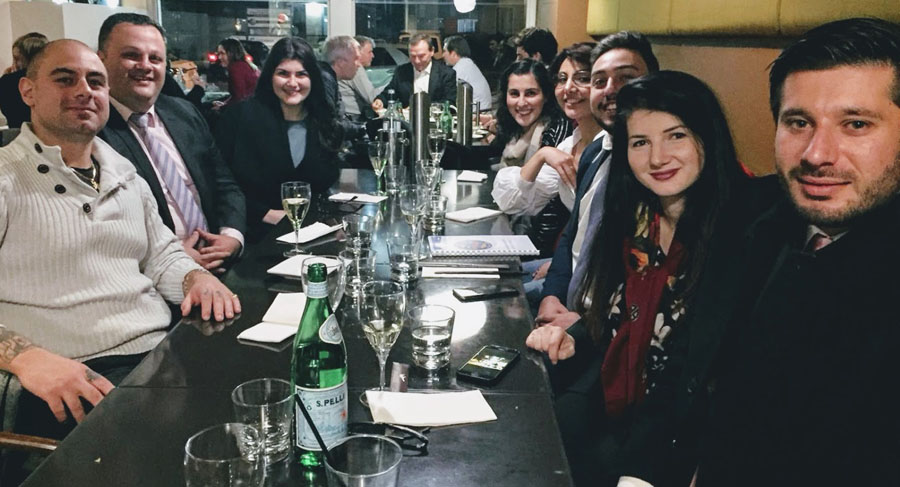 CANBERRA: The expansion of the Armenian National Committee of Australia’s (ANC-AU) operations has continued with the community’s peak public affairs body announcing the launch of its Canberra Branch, made up of five young Australian Capital Territory (ACT)-based young professionals.

Yerevan-born, Dr. Diana Antonosyan has been elected as the Chairperson of the sub-committee. She received her Ph.D. 2016, graduating from Nonlinear Physics Centre, Research School of Physics and Engineering at the Australian National University in Canberra. Tamar Kherlopian, a Galstaun College alumnus and school teacher who has temporarily moved to Canberra from Sydney, is the ANC-AU Canberra Branch’s Secretary.

ANC-AU Executive Director Haig Kayserian said his organisation was delighted to have secured formal representation in the ACT.

“The Australian Capital Territory not only houses our nation’s capital city, it is also home to a local Armenian community that deserves local- and territory-level public representation,” said Kayserian. “We recently had the pleasure of meeting Diana, Tamar, Arthur, Lilit and Vrtanes on a recent trip to Canberra, and we are genuinely delighted to expand our organisation’s footprint into the ACT with such an exemplary group of young Armenian professionals.

ANC-AU Canberra Branch Chair, Dr. Diana Antonosyan added: “We have been followers of the Armenian National Committee of Australia’s activities from afar, and are excited by the prospect of working with the National Head Office to represent Armenian-Australian interests in the ACT Parliament and local government.”

ANC-AU, which is headquartered in Sydney (New South Wales), now has Branches established in Perth (Western Australia), Canberra (Australian Capital Territory) and Melbourne (Victoria) – the latter has recently been revamped and will be announced soon. Efforts continue to establish ANC-AU Branches in other capital cities across Australia.