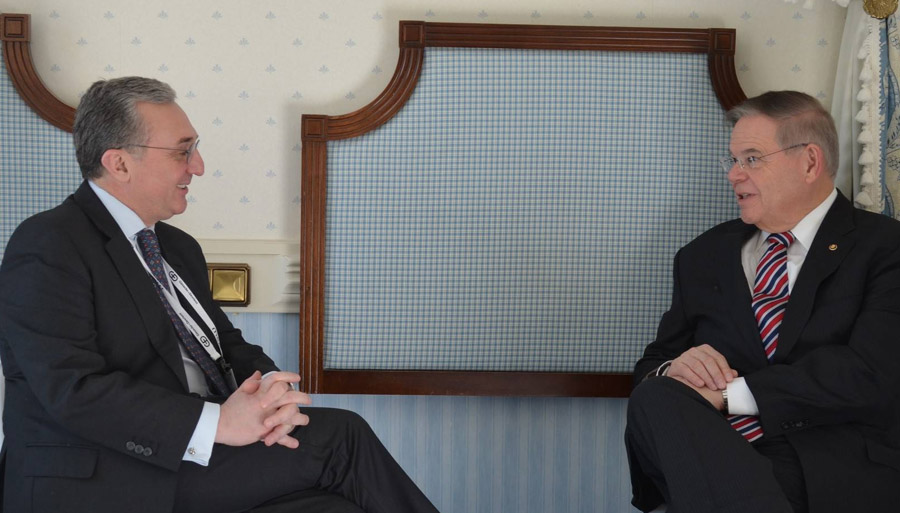 Foreign Minister of Armenia Zohrab Mnatsakanyan and member of the U.S. Senate Committee on Foreign Relations Robert Menendez exchanged views on a number of regional and international issues, highlighted the protection of ethnic and religious minorities in the Middle East during their meeting in Munich on February 15.

As AArmenpress was informed from the press service of the MFA Armenia, the sides discussed a number of issues of Armenian-U.S. cooperation, highlighting the role of the U.S.-Armenian community.

At the request of the Senator, FM Mnatsakanyan presented the recent political developments in Armenia and the reform implementation process based on the broad mandate of the people, emphasizing that the priority of the Government is ensuring economic development based on high technologies and innovations.