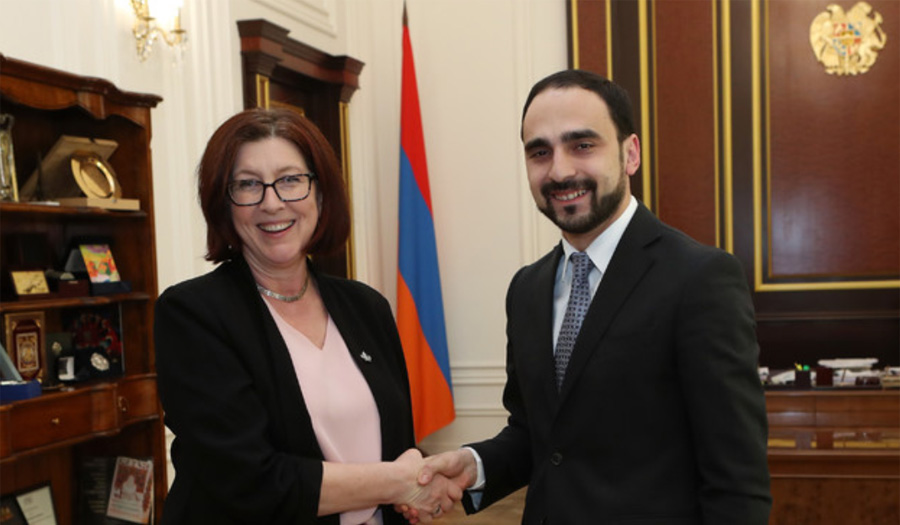 Welcoming the guest and congratulating on the appointment, the Armenian deputy PM highlighted the further expansion and deepening of the cooperation with Canada. He thanked the government of Canada for the support provided to Armenia’s ongoing democratic reforms.

In turn the Canadian Ambassador thanked for the reception and highly appreciated the recent changes in Armenia following the Velvet Revolution, noting that there is a firm base to further develop the relations.

The sides agreed that the volumes of the bilateral trade turnover are not in accordance with the existing potential and discussed the opportunities to boost the economic ties especially in the fields of IT and agriculture. The sides also touched upon the activity of the Armenian community in Canada which serves as a bridge between the two countries