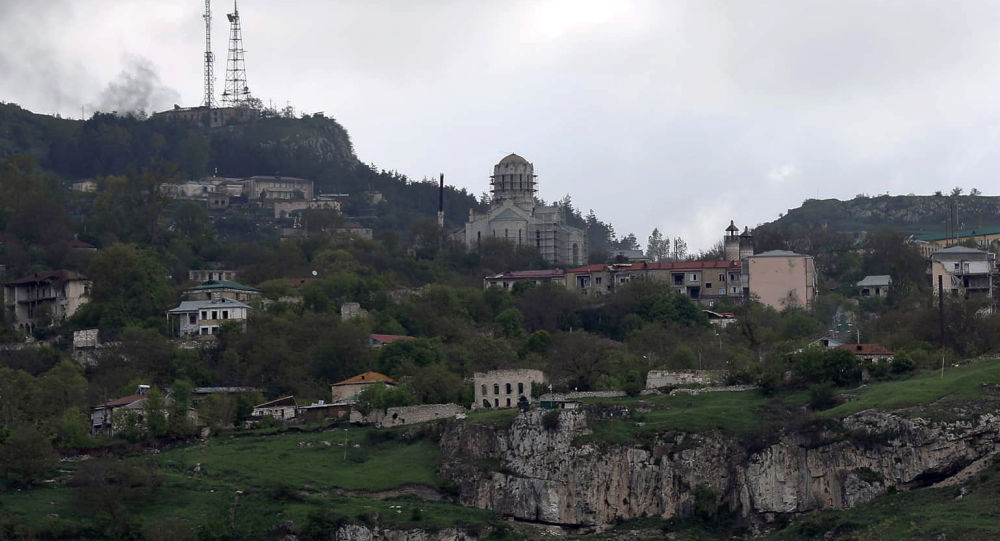 Armradio – The Mother See of Holy Etchmiadzin regrets that during the Second Artsakh War and in the post-war period, the barbaric actions by Azerbaijan against the Armenian cultural heritage continue.

“Today, under the conditions of relative peace, Armenian sanctuaries continue to be targeted with a view to erasing the traces of Armenian identity on our historical land of Artsakh. Sanctuaries have already been destroyed, monasteries and churches have been desecrated, inscriptions confirming their historical belonging have been removed, khachkars and ancestral tombs have been profaned in the territories under the control of Azerbaijan,” the Armenian Church said.

“Attempts are being made to appropriate the 150 Armenian sanctuaries in those areas by distorting and falsifying history, to present them to the world as a religious heritage of the Udis,” it added.

The Mother See condemned the removal of the carved symbols and the dome of the Ghazanchetsots Holy Savior Cathedral in Shushi under the guise of “renovation.”

“The Mother See of Holy Etchmiadzin condemns the cultural genocide perpetrated by the Azerbaijani authorities, which is an undisguised expression of Armenian hatred, intolerance and hostility. Contrary to the claims and excuses, this policy cannot in any way contribute to the restoration of stability and peace in the region,” the statement reads.

“The Armenian Apostolic Holy Church must continue to raise these issues before the relevant structures of the international community to stop these phenomena that violate the rights of the Armenian people,” the Mother See concluded.