Armenian chapel vandalized in Georgia for second time in a year 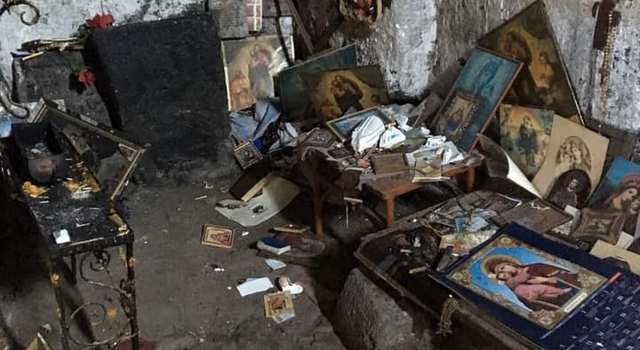 An Armenian chapel in the Georgian town of Akhalkalaki has been vandalized for the second time since the beginning of the year, Jnews reports.

Icons embellishing the chapel known as the Vank (cathedral) or the Chgnavor (a hermit) have been broken and scattered across the building.

The scribe of the town’s Holy Cross church, Nair Melikyan, posted pictures from the scene on Facebook on Saturday, November 2, but the youth have already cleaned the chapel.

The 13th century establishment was given a status of a monument of tangible cultural heritage in 2018. Located in a gorge, the church was built using stones of various sizes and has a rock-hewn wall to the East.

The chapel was first vandalized in April 2019.