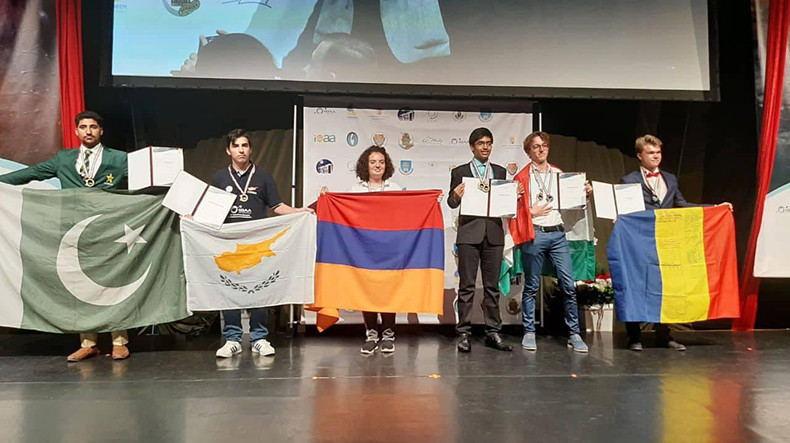 The Armenian schoolchildren’s team has won 5 medals – 2 silver and 3 bronze – at the 2019 International Olympiad on Astronomy and Astrophysics held in Keszthely, Hungary, Panorama reports.

A total of 53 teams, comprising 260 schoolchildren, from 46 countries competed at the Olympiad, the Armenian Ministry of Education, Science, Culture and Sport reports.

During the Olympiad, a six-member multinational team competition took place, in which Armenia’s schoolchildren competed in different teams.

The team including Kristine Grigoryan took the first place, while the team in which Davit Zohrabyan performed took the second place in this competition.

At the 2018 International Olympiad on Astronomy and Astrophysics held in Beijing, China, the Armenian team won 2 silver and 1 bronze medals, as well as 2 commendations.