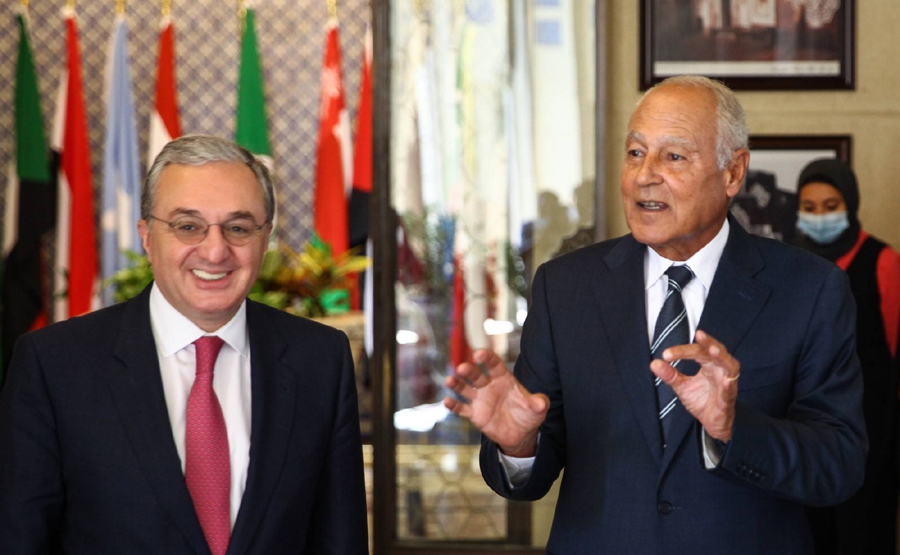 As part of his official visit to Egypt, Mnatsakanyan met the Arab league chief to detail Armenia’s principled position on reaching a peaceful settlement for the conflict.

The parties also weighed in on the developments in the Middle East, North Africa and the South Caucasus, as well as the efforts aimed alleviating the situation in Lebanon and Syria.