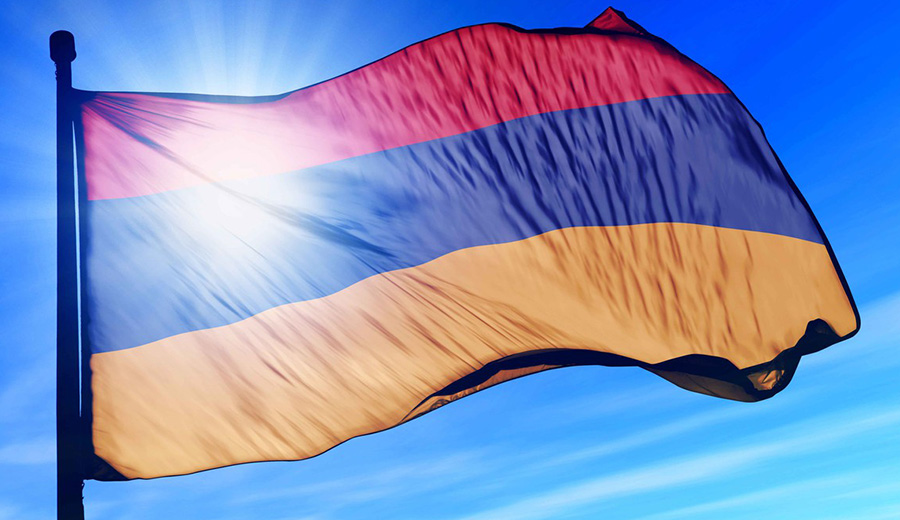 Armenia annually celebrates National Flag Day on June 15. This holiday was established by the National Assembly of Armenia on June 15, 2006.

The national Armenian flag is called Yeraguyn (meaning tricolor). It consists of three horizontal equal stripes of red, blue and orange colors (the last one is often called as color of apricot). The current Armenian flag was adopted on August 24, 1990 and replaced the flag of the Soviet Armenia.

The official version of color definition is stated in the Constitution of the Republic of Armenia. It says, that red represents the Armenian Highland and people’s struggle for survival, blue symbolizes the will of Armenian people to live under peaceful sky and orange stands for creative talent and hard-working nature of Armenians.