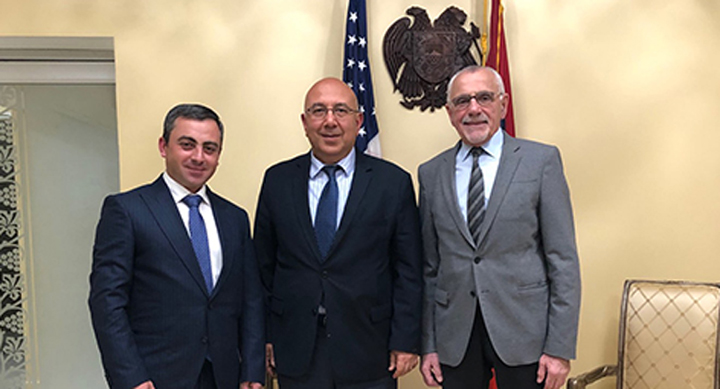 Ambassador Baibourtian welcomed Saghatelyan, who was accompanied by ARF Western U.S. Central Committee chairman Avedik Izmirlian, at the Consulate General of Armenia in Glendale. The discussion centered on the current situation in Armenia, with Saghatelyan briefing Baibourtian on the party’s activities and course of action there.

Saghatelyan said that while the ARF is an opposition party in Armenia, its mission is to work on the strengthening of the Armenian state and will spare no effort to advance Armenia and Artsakh.

The discussion also focused on advancing Diaspora-Armenia relations and the role the ARF in the Western United States can play in strengthening those ties.