President Nicos Anastasiadis of Cyprus on Thursday welcomed a delegation to the presidential palace headed by Armenian Revolutionary Federation Bureau chairman Haop Der Khachadourian, who is in Cyprus to attend events celebrating the anniversary of Armenian Independence. 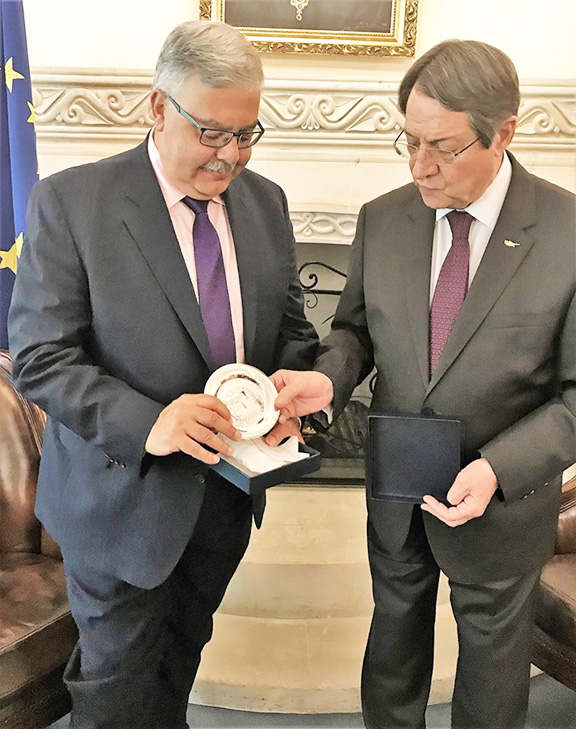 Anastasiatis confirmed that the Cypriot delegation at the European Parliament is already pushing for resolutions on issues related to Armenia and added that he has always enjoyed a positive working relationship with Armenia’s Ambassador to Cyprus.

Der Khachadourian thanked Anastasiatis for the particular attention his government pays to the Cypriot-Armenian community and assured him that the ARF, with its global organizational structure, is at the disposal of the Cypriot Administration to advance and assist in the just resolution of the Cypriot cause. He added that through the efforts Cyprus member of parliament Vartkes Mahdessian, during the last several years, massive efforts have been undertaken to strengthen relations between the government and the Cypriot-Armenian community. Der Khachadourian expressed confidence that the lasting relations will continue to strengthen.

Der Khatchadourian told Anastasiatis that the ARF, through its Hai-Tahd committees around the world enjoys relations with the Cypriot embassies, consulates, and diplomatic representatives, all of which work tandem to advance the Cypriot and Armenian causes. 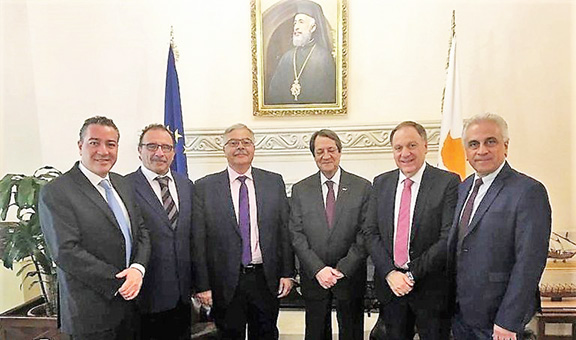 The chairman of the ARF Central Committee of Cyprus, Simon Aynedjian, briefed Anastasiatis about the number of meetings the ARF Bureau chairman has had with the newly-elected Cypriot Members of the European Parliament, assuring that the relations will also advance through the efforts of the European Armenian Federation for Justice and Democracy (EAFJD), in order to advance the interests of the Cypriots and Armenians.

At the conclusion of the meeting, which lasted half hour, mementoes were exchanged between the two leaders.