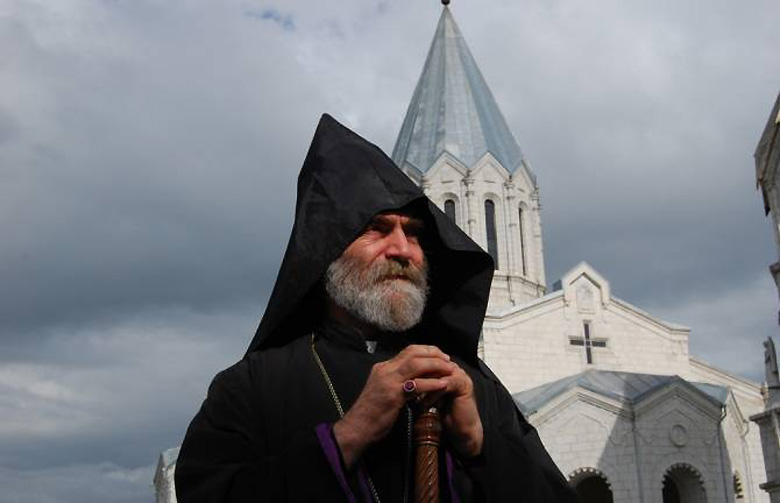 Armradio – By Pontifical Order of His Holiness Karekin II, Supreme Patriarch and Catholicos of All Armenians, on January 21 His Grace Archbishop Pargev Martirosyan was appointed Pontifical envoy-at-large, resigning from the post of Primate of the Artsakh Diocese.

He held the position since the establishment of the Diocese in 1989.

Born as Gurgen Martirosyan, in 1985 he was ordained as a celibate priest and named Pargev. In April 1987 he was named vardapet (archimandrite). He taught at the Gevorkian Theological Seminary. In 1987 he earned his doctoral degree in theology from the Leningrad Theological Academy.

The same year he started serving at the Saint Hripsime Church. In November 1988 he was consecrated as bishop by Catholicos Vazgen I. In March 1989, he was appointed the Primate of the newly created Diocese of Artsakh. In 1999 he was given the title of archbishop by Karekin I.