Aram I in constant touch with Venezuela’s Armenian community 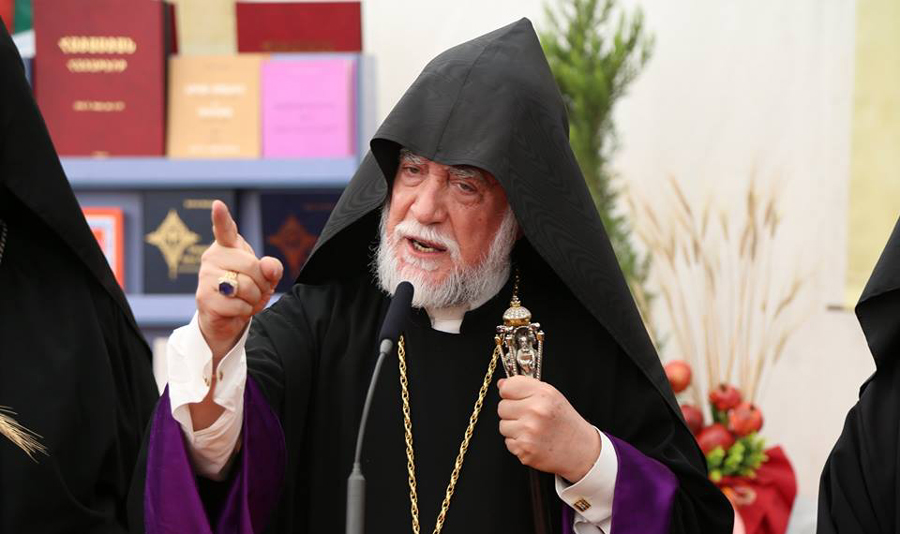 PanARMENIAN – Given the recent developments in Venezuela, Catholicos of the Great House of Cilicia Aram I constantly keeps in touch with Very Rev. Fr. Vahrij Gharakhanian, the local parish pastor, the website of the Catholicosate reveals.

Venezuelan opposition supporters have been holding mass protests, a day after violent clashes with government forces. The rival demonstrations come after President Nicolás Maduro said he had stopped an “attempted coup”. Demonstrations have taken place in all 23 states of Venezuela as well as in Caracas, NGOs and local media say.

Fr. Vahrij has briefed Aram I about the situation in the country, maintaining that the Armenian community has no direct involvement in demonstrations.

The clergyman said Armenians were safe in their homes and churches.

Aram I expressed his support and readiness to assist Venezuela’s Armenians at any time and in all circumstances.