April 24 will be remembered in France as the Day of Remembrance of the Armenian Genocide: Emmanuel Macron 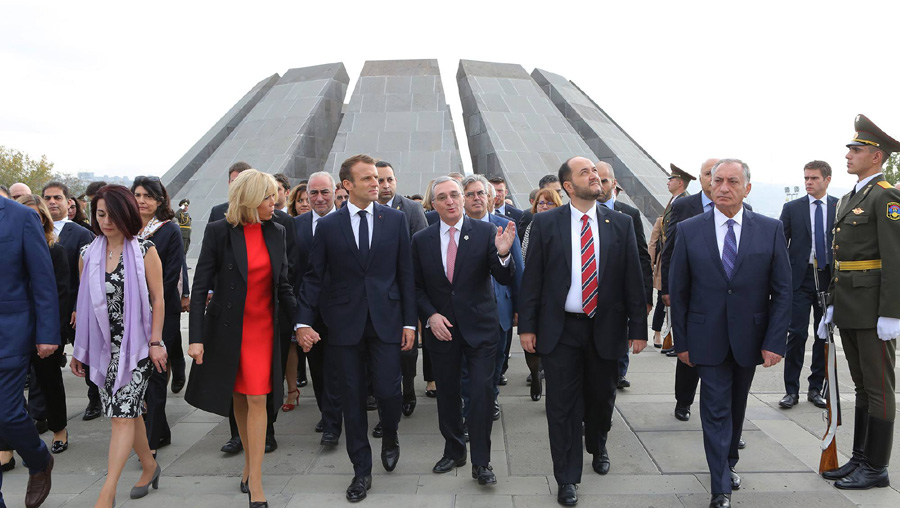 ARMENPRESS reports Macron and Aznavour were scheduled to meet in that residence on October 11.

“We were scheduled to meet here today. He was looking forward to that meeting. We talked about that during our last conversation”, Macron said, adding that he had prepared some surprises in line with his character. “We said good-bye to him last week in Paris and thanked him. Today we are here, remaining faithful to our promise given to him. We have to continue his struggle, which he never failed”, Macron said.

The French President added that Aznavour’s struggle was first of all for the sake of Armenia, in order the Armenian nation could raise their heads and withstand the wounds of history.

In his speech Macron also recalled the Spitak earthquake of 1988, pointing out Aznavour’s role in providing support to the survivors.

“Today “Aznavour” Foundation under the auspices of Nikolas and Kristina continues that humanitarian mission throughout the world”, Macron said.

Macron noted that 43 thousand young people in Armenia speak French, and highlighted the role of “Aznavour” center for further popularization of the French language in Armenia.