Ancient Armenian church in Turkey put up for sale for $1.5 million 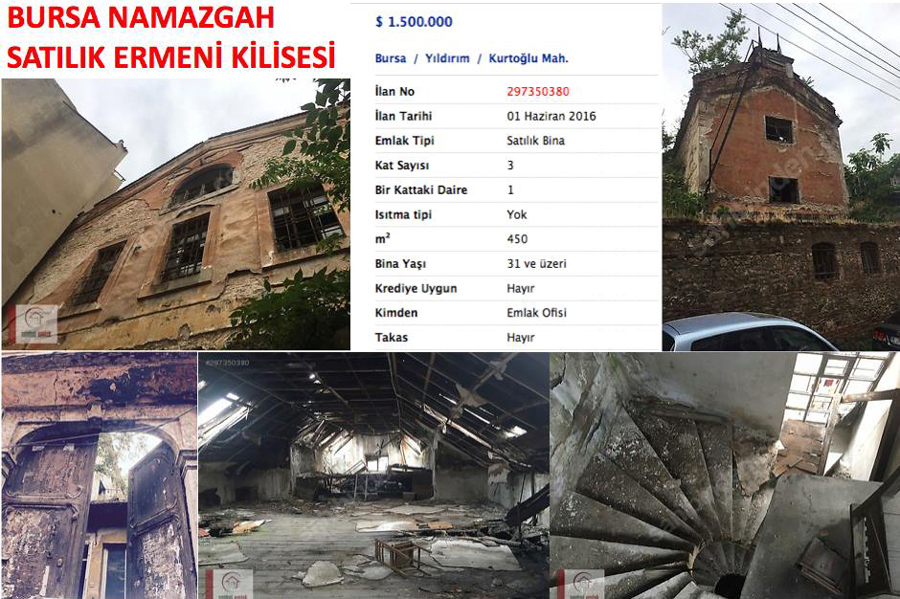 A 300 year-old Armenian church in Turkey’s northwestern city of Bursa has been put up for sale for $1.5 million.

The sales advert of the church located in the Setbasi neighbourhood has been posted on Bursasehirportali.com by a real estate agent on behalf of its owner, since the latter lives abroad, Ermenihaber  reports  .

The 1986 Bursa General Directorate of Foundations, where the building is registered, affirms it is an ancient church. The photos of the building show the dome of the three-story ramshackle church.

According to real estate agent Tayfun Ozenginler, the Setbasi neighbourhood were the church is located was once inhabited by Armenians, adding after the Kemalist movement the church began to be used for many different purposes.

“You can smell the history in every corner. Before 1980s it served for different purposes, turning into an abandoned building later,” he said.

Bursa and its neighbouring districts were home to a total of 17 Armenian churches before 1915.