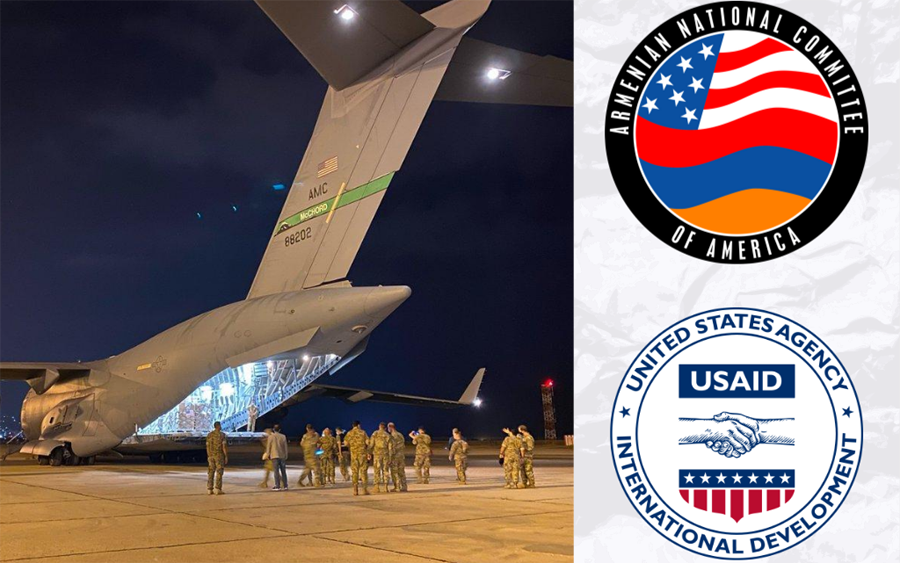 WASHINGTON, DC – The Armenian National Committee of America is praising both the Pentagon and the US Agency for International Development (USAID) for rapidly delivering over $18 million in food and medical assistance to Lebanon in the wake of the tragic August 4, 2020 explosion in Beirut, Lebanon. The ANCA is also encouraged that the Us Department of State’s Under Secretary for Political Affairs David Hale has announced that the Trump administration is working with Congress to provide on an “urgent, interim basis” $30 million worth of grain that will be delivered through the World Food Program.

“The ANCA has been in direct contact with senior officials at the US Department of State to encourage a robust U.S. humanitarian response to the explosion that rocked Beirut, Lebanon just over two weeks ago,” shared ANCA Chairman Raffi Hamparian. “We are pleased that Under Secretary Hale – at the direction of Secretary Pompeo and in cooperation with Defense Secretary Esper – are working to get relief supplies worth over $48 million on the ground in Lebanon without delay,” Hamparian added.

Within hours of the explosion that killed and injured hundreds of people in Lebanon – including many Armenians – the ANCA worked with thousands of its grassroots supporters to urge Congress and the Trump administration to provide a rapid assistance package for all of Lebanon’s citizens. In an August 5, 2020, letter to Secretary Pompeo, Hamparian praised the Administration’s immediate statements of solidarity with the people of Lebanon and encouraged that them to work with “USAID, the United Nations and Armenian charitable groups to ensure that US and international assistance reaches all vulnerable groups.” In addition, the ANCA – in close cooperation with the Armenian Relief Society (ARS) – held meetings with the US Department of State to ensure that the humanitarian efforts of the United States reach all at-risk communities in Lebanon – including the Armenian community – which has been devastated by the explosion at the Port of Beirut. Community members can continue contacting their legislators.

On August 6, 2020, a US Air Force C-17 airplane delivered desperately needed food, water, and medical supplies to Lebanon. According to General Frank McKenzie of the US Central Command, “we [the United States] are closely coordinating with the Lebanese Armed Forces, and expect that we will continue to provide additional assistance throughout Lebanon’s recovery effort.” Subsequent to the delivery of this aid, Under Secretary Hale shared that America “is prepared to work with Congress to pledge up to $30 million in additional funds to enable the flow of grain through the Port of Beirut on an urgent, interim basis.”