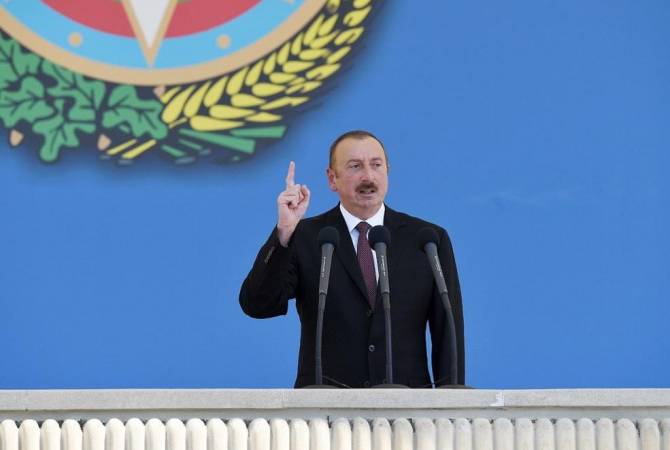 Panarmenian – Azerbaijani President Ilham Aliyev said at a military parade celebrating Baku’s victory in the Karabakh war on Thursday, December 10 that “Yerevan [Armenia’s capital], Sevan and Syunik are the historical lands of Azerbaijan”.

According to him, in the 1980s “the authorities of Armenia expelled hundreds of thousands of Azerbaijanis from their native lands.”

“Our people lived there for centuries, but the authorities of Armenia expelled hundreds of thousands of Azerbaijanis from their native lands. Then the same thing was happened in Karabakh,” Aliyev said.

“Over the past 17 years, I have repeatedly said that if Armenia does not voluntarily return our lands, we will resolve this issue militarily. And today we were able to achieve what we wanted.”