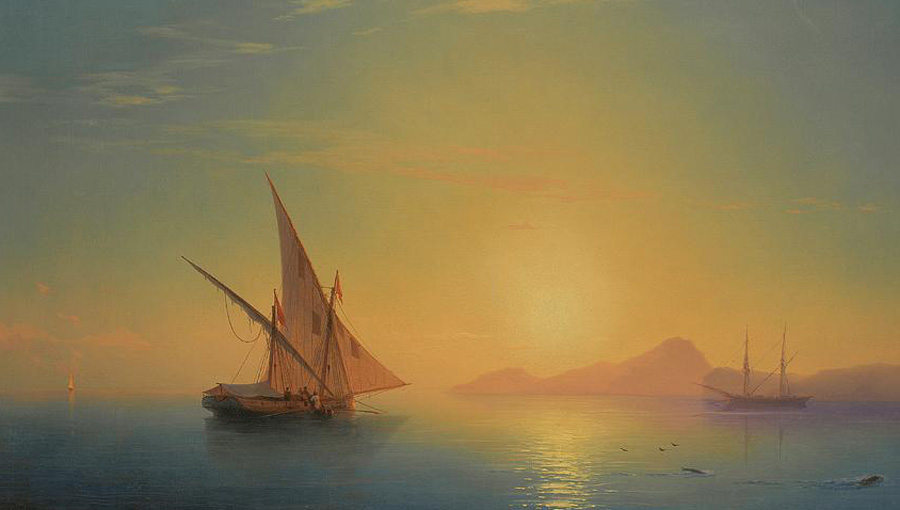 PanARMENIAN – A painting by Russian-Armenian seascape artist Ivan Aivazovsky was auctioned off at Christie’s for Pound 491,000 ($635,000), TASS reports.

Throughout his decades-long career as the leading Russian Romantic artist, the painter Aivazovsky executed a colossal 6,000 marines, many of which depict a turbulent and often violent ocean and merciless, destructive natural elements.

‘In contrast to a substantial number of Aivazovsky’s canvases, Sunset over Ischia does not suggest the potential for human oblivion at the hands of the elements – instead its subject exudes a sense of calm which compels us to bask in the glorious, magnificent moments of beauty offered by the natural world, hence underlining both its ability to destroy as well as to beguile and astonish,’ the British auction house said in its description of the lot.