What was said at the ARF 34th World Congress? 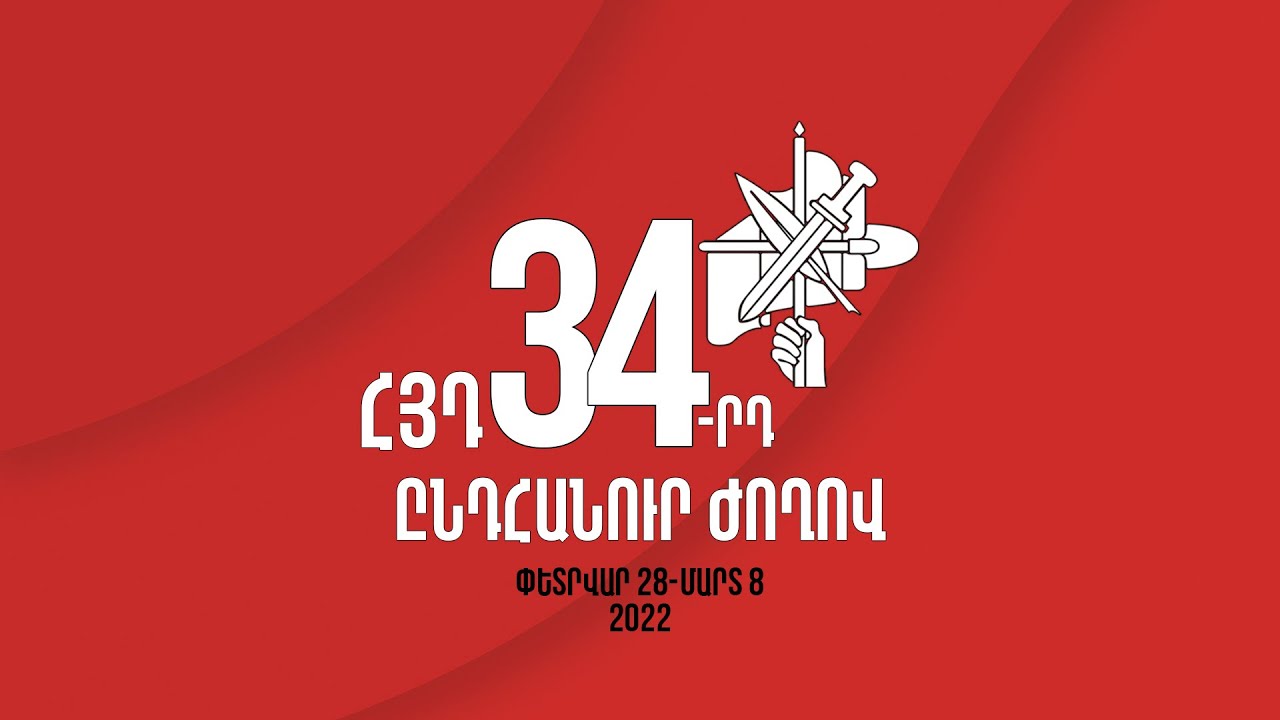 For the Armenian Revolutionary Federation (ARF), the World Congress is the highest organizational assembly that, considering the prevailing conditions, determines the strategy for the coming term and bestows responsibilities on executive bodies, so that they implement the strategy through tactical solutions.

Now that the World Congress has had its say, it is up to the executive bodies, which are required to develop a plan in line with the specified strategy with clear and consistent tactical directions. Its development in the first place must emerge from targeted data and not become a chain of reactions or hostage to crowd logic. When we speak of the activities of the ARF, the only precondition for using what has been developed with maximum efficiency is the organizational strength and involvement of the full potential of the ARF.

The ARF 34th World Congress said in its first resolution, “All Armenians and the Republics of Armenia and Artsakh have found themselves in one of the fateful stages of our recent history, which has created unprecedented threats to Armenia’s sovereignty and security.” This confirmation is for those who do not yet realize the seriousness of this moment and the gravity of the threats. And for the ARF, who made this statement, the upcoming steps must differ from the previous ones, because confronting “unprecedented threats” requires unprecedented measures.

Widening the brackets a bit, the World Congress clarified the scope of the “unprecedented threats,” emphasizing that “the anti-national policy pursued by the Armenian leadership will lead to the Turkification of Armenia and the eviction of Armenians from Artsakh.”

Regarding the Artsakh issue, the World Congress confirmed that the situation there is completely different, and Armenia has ceased to be the security guarantor of Artsakh, then emphasized that “the new reality in Artsakh necessitates the adoption of new approaches and strategies of struggle, starting with the full realization of the right of Artsakh Armenians to self-determination.” Moreover, it stated the commitment that the “ARF with all its potential, capacity and commitment of its pan-Armenian structure, will work on ensuring the security, territorial integrity, sovereignty, stability and development of the Republics of Armenia and Artsakh, as well as on raising the living standards of the people and establishing social justice.”

The Armenia-Turkey dialogue and the defeatist approaches of the Armenian authorities in the course of that dialogue raise serious and well-founded concerns within the ARF about the Turkification of Armenia. Therefore, the World Congress clearly stated, “The possible establishment of diplomatic and economic relations between the Republics of Armenia and Turkey cannot be at the expense of the legitimate and perpetual rights of Armenia, Artsakh and all Armenians. Only in the case of the recognition of the Armenian Genocide and reparations will full Armenian-Turkish reconciliation be possible.”

In addition to the many directions for aborting the policy of Turkification of Armenia, the ARF also assigns a special strategic role to the Diaspora, confirming that “the Diaspora, born out of the repercussions of the Armenian Genocide and the loss of Western Armenia, and for the preservation of Western Armenian, has strategic importance for the struggle the Armenian people.”

If we try to summarize the message of this extraordinary eight-day meeting, then we would note that Armenians and the homeland are facing geopolitical significance, and the destruction and loss of sovereignty and inalienable national rights. The threats to the existence of Armenians and Armenia stem from the Turkish-Azerbaijani duo, whose mill is being watered by the anti-national and defeatist policies of the authorities in Armenia. The only way to reverse that course is to confront all external and internal dangers through new approaches and methods, the united resistance of Armenians and the determination stemming from the roots of the national liberation struggle.

This article was originally published on the official website of the Armenian Revolutionary Federation. It was translated by the Weekly’s Lillian Avedian.