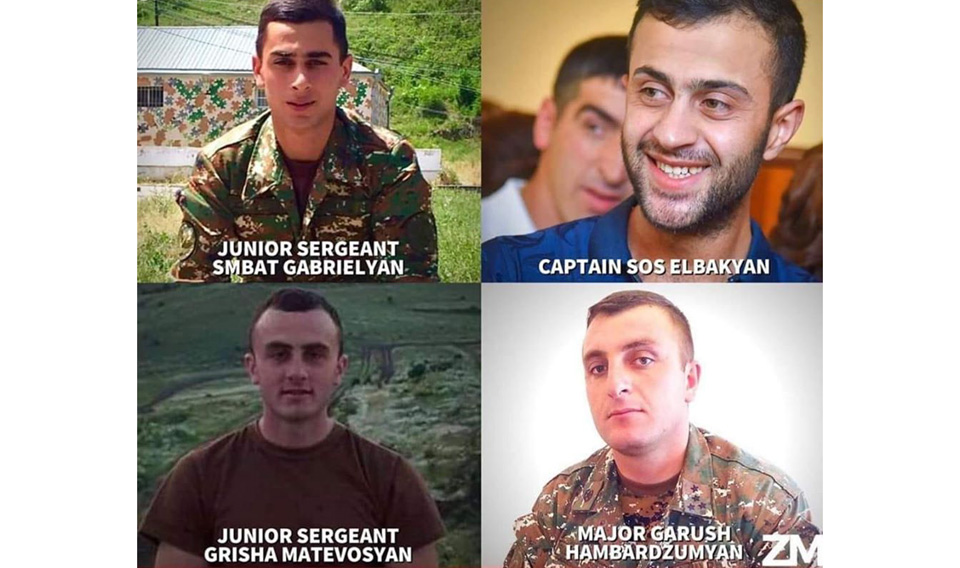 President of Armenia Armen Sarkissian signed decrees on posthumously awarding four servicemen of the Armenian Armed Forces who were killed in the military operations launched by Azerbaijan on the border with Armenia.

According to the presidential decrees,

Mayor Garush Hambardzumyan has been posthumously awarded with the 2nd Degree Medal for the Services to the Motherland,

Captain Sos Elbakyan – with the Medal of Courage,

Junior sergeants Smbat Gabrielyan and Grisha Matevosyan – with the Medals for Combat Service.