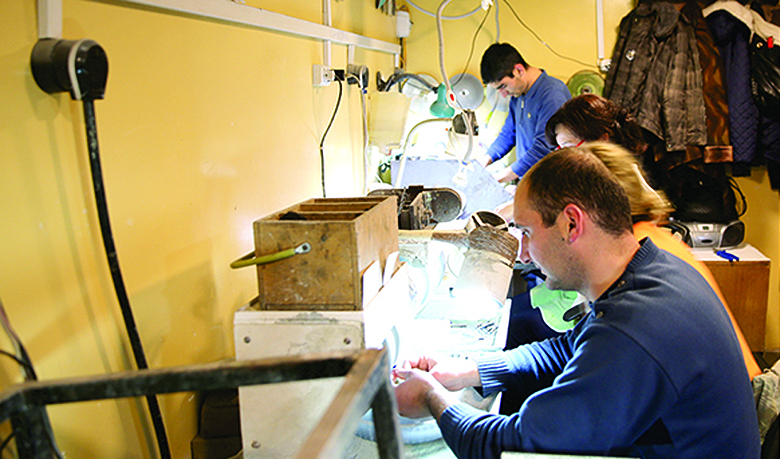 The European Union and “Initiatives for Development of Armenia (IDeA)” Foundation joined efforts to create 31 permanent jobs in Tavush region of Armenia.

Within “Dilijan and Adjacent Communities Development Initiative” project, co-funded by European Union and Ministry of Territorial Administration and Development, IDeA foundation announced a small grants competition for individuals and companies working in tourism, hospitality, art and crafts sectors in July 2018.

According to “Dilijan and Adjacent Communities Development Initiative” project manager Tatevik Sargsyan, 8 small and medium enterprises (SMEs) in Dilijan, Hovk, Aghavnavank, Khachardzan, Gosh, Haghartsin and Teghut communities received the subgrants. The subgrantees undertook the commitment to create jobs for the residents of the communities.

“Preference was given to those SMEs that offer higher salary and more beneficial conditions for the same position and ensure employment of the promising participants of the trainings organised within the same project”, said Tatevik Sargsyan. According to her, one of the goals of the project is to promote economic growth in Tavush region and especially Dilijan community, thus slowing down migration rates in the region.

An economist by profession, Aleksan Nersisyan lives in Aghavnavank village of Tavush marz. He took part in the trainings and subgrants competition within “Dilijan and Adjacent Communities Development Initiative” project. Owing to the subgrant, he repaired the roof of the traditional hospitality centre established by him in Aghavnavank, renovated the interior of the building and bathroom and purchased necessary furniture and equipment for the centre.

“I’ve long had the idea of establishing a traditional hospitality centre in Aghavnavank but didn’t have enough funds for it. Our family had a small building in the village and to cover the renovation costs I used to fly to Moscow for work. But last year I stayed in the village and registered for hospitality business management, English and marketing trainings and later I applied for the subgrant. Not only did I get new knowledge about hospitality management but also opened the centre where guests can learn about traditional hospitality of Aghavnavank”, says Aleksan. After the opening of the centre, Aleksan employed 2 locals at Aghavnatun center. If his business proves successful and expands, the young entrepreneur hopes to increase the number of employees.

Dilijan resident Artak Bojikyan has expanded his semi-precious gemstones factory in Dilijan owing to the grant. He has also employed local specialists and obtained new equipment and furniture needed for the factory.

“We had 8 workers before but owing to the subgrant, we now have 12 employees”, he notes. The entrepreneur is sure that Dilijan tourist inflow increase is also promising for their products as the souvenirs made of natural gemstones are always of interest to the city’s foreign guests.

The goal of the initiative is to promote Dilijan and adjacent communities of Teghut, Haghartsin, Gosh, Hovk, Aghavnavank and Khachardzan as a tourist destination and increase the tourist inflow creating a tourist-friendly environment and boosting local households.

At least 330 individuals and 120 enterprises of Tavush region are the beneficiaries of the project. They are supported through capacity-building measures aiming at development of tourism and hospitality in Dilijan and adjacent communities as well as contributing to elimination of unemployment in Tavush marz.

The total budget of the project makes around EUR1mln 195 thousand, EUR 780 thousand accounting for the EU grant.